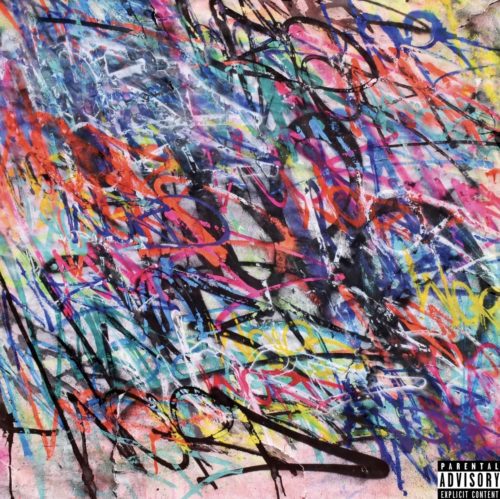 This is the 12th full-length album from renown Minneapolis duo Atmosphere. Coming up as a trio in the late 90’s off at their critically acclaimed debut Overcast!, they would later go on to build an independent empire with their Rhymesayers Entertainment label whether that be signing acts from Brother Ali to the late Eyedea or putting out their best bodies of work like God Loves Ugly or Sad Clown Bad Dub 9. But for the last 3 years now, Slug & Ant have been treating their fans to a new album every year starting out with Mi Vida Local. Now with the 1 year anniversary of The Day Before Halloween coming at the end of the month, Atmosphere is continuing their new tradition by dropping Word?.

“Fleetwood” is a rich boom bap opener saying he’s glad he’s not the same person as he once was whereas “Something” thunderously encourages listeners to get back up when pushed down. Evidence & Muja Messiah both come into the picture for the bass guitar-infused “Crumbs” speaking on their obsessive compulsions, but then “Woes” glisteningly details that you can’t love without misery.

Meanwhile on “Strung”, we have Musab accompanying Atmosphere on top of a melodic vocal sample expressing that they’re feeling tense just before “Clocked” is a misty declaration that time is killing us. “Sleepless” works in some keys & hi-hats as Nino Bless tags along to tackle the theme of insomnia leading into the eerie “Distances” pleads to leave him & his family alone.

“Carousel” mesmerizingly talks about wanting to protect myself from his lover’s sting while “Vanish” is a short yet vibrant & funky little freestyle. “Pressed” serves as a tribal posse cut with Anwar HighSign, Lateef the Truthspeaker & Sa-Roc being amongst the best of the 6 while the song “Skull” hauntingly details a night where he or Ant was supposed to die.

The penultimate track “Nekst” works in some acoustics & handclaps airing out someone he loved ending up betraying him, but then “Barcade” with Aesop Rock & the late MF DOOM ends the album with a complete lyrical annihilation with the Hellish beat fitting into the mix ever so flawlessly.

As much as I liked The Day Before Halloween for it’s experimentations, I think the hardcore fans are gonna dig Word? a bit more. Ant takes it back to the duo’s signature sound & Slug’s lyricism is as lighthearted as it was back in their prime almost 2 decades ago.