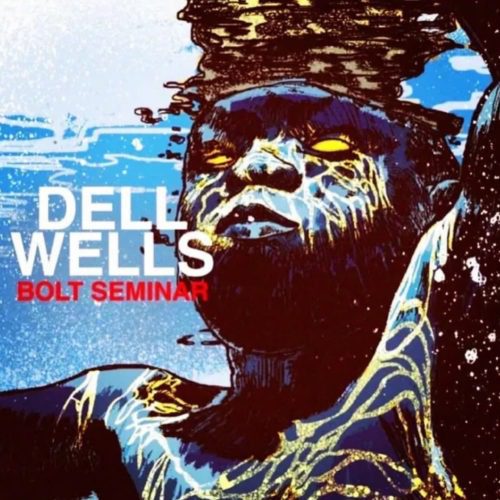 Bolt Seminar is a newly formed duo consisting of Switzerland producer John Sarastro & Brooklyn emcee Dell Wells, the latter of whom dropped his full-length debut Clandestine Picnic last summer. Now I’m not exactly sure how these guys’ paths crossed with one another, but was morbidly curious to hear what they would bring to the table on this self-titled album of theirs.

Meanwhile with “Bloody Shoelaces”, we get a dark tribute to his fallen homies leading into the dusty yet synth-laced “Cellular Diaries” that tells a story of him falling in love with an Android in which Bliss portrays in the song. Dell showcases his lyrical prowess with the futuristic “Gargle” prior to him expressing to be shown something greater on the saxophone-induced “Taming of the Shrewd”.

Amazing July tags along for the apocalyptic albeit atmospheric “Abandonment Issues” while opening up on talking endlessly with shadows for the dancy “Chatterbox”. The penultimate track “Succubus” on top of a grungy instrumental & finally there’s “One”, which is a endearing tribute to all the children in the world who’re suffering from cancer.

Coming away from Bolt Seminar, I’m pretty impressed. John’s production is kinda reminiscent to that of El-P’s & the dystopian imagery that Dell paints through his songwriting fits like a glove. If this truly is the first of many musical journeys to come from the duo, then I’m all here for it.