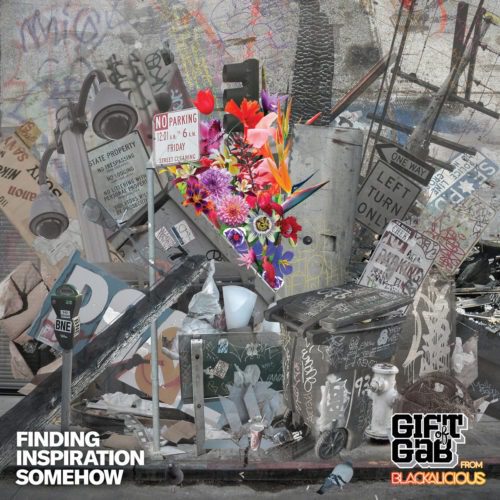 Gift of Gab was a 50 year old MC from Sacramento, California who came up as 1/2 of the duo Blackalicious & a member of the Quannum Projects collective almost 3 decades ago. However, it wasn’t until the spring of 2004 when he broke out solo by dropping 4th Dimensional Rocketships Going Up. This was followed up with Escape 2 Mars as well as The Next Logical Progression & Rejoice! Rappers Are Rapping Again! but with his passing over the summer, he was able to complete 1 last album & Nature Sounds is now putting it out.

After the intro, the first song “Slaugtah Dem (Godly)” has a thunderous instrumental with Gab getting in his battle rap bag whereas “Going Farther” works in a boom bap instrumental with some plinky keys & the title basically speaks for itself in terms of content. “The Gentrification Song” has a moodier sound addressing his feelings on the process of changing the character of a neighborhood through the influx of more wealthy residents & businesses just before “You Gon’ Make It in the End” with Lateef the Truthspeaker & Vursatyl is a touching moment on the album telling the listeners to push on.

Meanwhile for “Vice Grip”, we have Gift of Gab switching in between rhyme schemes over an explosive beat from Nick Andre leading into him describing “The World Without Money” & the instrumental is funky as Hell. I like the atmospheric shift on “Alchemy” as Gab tells the listener to keep it going, but “Enter the Dragon” has a more cinematic sound ascending to another level.

“A Weekend in Venice” is more of an R&B-tinged interlude while the song “The Idea of America” has a funnier sound with Gab continuing the streams of consciousness. The penultimate track “Breathe In” is a more tropical cut saying all you need is love & then “Back to the Light” couldn’t have ended the album any better by providing a beautiful glimmer of hope despite the dark days.

Overall, I think Finding Inspiration Somehow is a bittersweet swan song from the late Sacramento emcee. It showcases why a truly one of a kind lyricist lyricist he was, the production’s on point & I love the miniminal amount of guest MCs being featured. Just exactly how he would’ve wanted it to be.