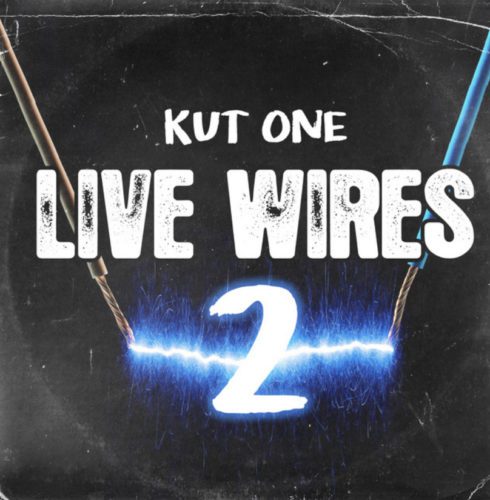 Kut One is a producer/DJ from Melbourne, Australia who came to my attention a couple years back when he dropped the split EP The Icons with Neek the Exotic & Nine. He eventually dropped a full-length debut of his own called Live Wires last spring & now 20 months later, we’re being treated to a sophomore effort picking up right where the last album picked up.

“Guerrilla Season” by Recognize Ali sets it off with a faint soul sample flexing his rapping prowess whereas “Get Mine Regardless” by Jamal Gasol, Rome Streetz & Saipher Söze somberly details shining through the struggle. “Minute Details” has some cool piano embellishments even Kadeem sounds like he barely has a pulse, but then “It’s a Lifestyle” by Supreme Cerebral has an icy instrumental talking about making money & drinking Rosé.

Meanwhile on “Who Do I Trust?”, we have Agallah over a much eerier beat tackling the concept of trusting nobody but yourself just before “Raised Around Wolves” by O.C. dejectedly talks about how seasons change & some things simply don’t. “Best Served Cold” by Thamson.P weaves in some synthesizers to go at the studio gangstas’ throats leading into “All Love” by Ruste Juxx heinously talking about eating his competition up. “Take a Picture” by KXNG CROOKED sumptuously speaks on being real with the shit whereas “That’s a Muthafuckin’ Fact by Flashius Clay incorporates a harp talking about being invincible on the mic.

The song “Make a Dolla” by Sadat X gets back on the boom bap tip calling out those who claim their hustle is great while the penultimate track “Sodom & Gorrah” by Sleep Sinatra brings in some nefarious horns talking about burning every joint down. “Chopping Block” by Ciecmate & Big Foot finishes the album by showing a back & forth chemistry on top of a beat that sounds like something taken out of a horror flick.

Not as great as The Icons was, but that’s not to say I didn’t enjoy this at all because Live Wires 2 is in fact a solid album from front to back. Much so like the predecessor in my opinion. Despite a small handful of guests missing the mark in terms of performances, I think he’s stepping up his production game quite a bit.