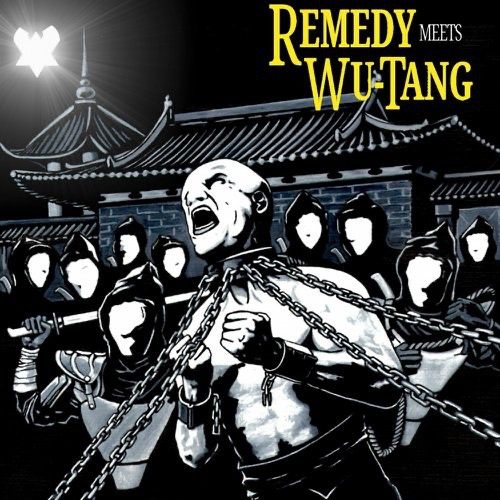 Remedy is a 51 year old MC/producer from Staten Island, New York who first made his mark with the song “Never Again” off the Wu-Tang Killa Beez’ debut album The Swarm in the summer of ‘98. He eventually made his full-length debut The Genuine Article in the spring of ‘01 & followed it up with Code Red about 2½ years later. The last we heard from him on his own was when It All Comes Down to This but as the 11-year anniversary of that approaches in a few weeks, he’s enlisting a star studded cast of veterans to be featured on his 4th album.

Ghostface Killah tags along for the opener “Modern Day Miracle” working in an occultist loop to verbally abuse anyone who wants to challenge them whereas “Death Defying” with Inspectah Deck finds the 2 over an operatic instrumental talking about choosing whether to kill or be killed. “Sparrow” takes a more soulful route feeling comparing himself to the titular bird leading into Ghostface returning alongside Conway the Machine for “The Pulpit” incorporating some orchestral samples talking about the street life.

Meanwhile on “Crazy 8’s”, we have 5 of the 9 current Wu-Tang Clan members joining Remedy alongside Solomon Childs & Streetlife for a cool 3-minute cypher just before RZA hops on the dusty “Supreme Intellect” getting on their Killa Bee shit. “To Say the Least” has a more suspenseful tone addressing George Floyd’s murder, but then Solomon returns with Trife Diesel for the piano-laced “Greatness: The Kila Bee Legacy” talking about witnessing such.

“The Recipe” weaves in a more funkier sound as Remedy & Method Man get flirtatious whereas “The Art Basel” with Ghostface Killah & Shyheim climactically talks about belonging in such. “Calculated Risk” lusciously sums of Rem’s life in 2 & a half minutes while the song “Killa Bee Invasion” with Cappadonna & Solomon Childs serves as a gritty homage to the collective of affiliates.

The penultimate track “Noir Story” is a full-on Killah Priest solo cut with a drumless instrumental & his lyricism on here is a reminder as to why he’s this reviewer’s 2nd favorite affiliate right behind Killa Sin in terms of lyrical skill, but sticks out like a sore thumb compared the previous cuts. “Never Again” then ends the album by mournfully paying tribute to those we’ve lost along the way.

If you’re a diehard Wu fan like I am, then you’re gonna come away from this highly impressed. It’s great to hear Remedy completely rejuvenated & he does an awesome job of paying homage to my all-time favorite hip hop group from the guests to the production.