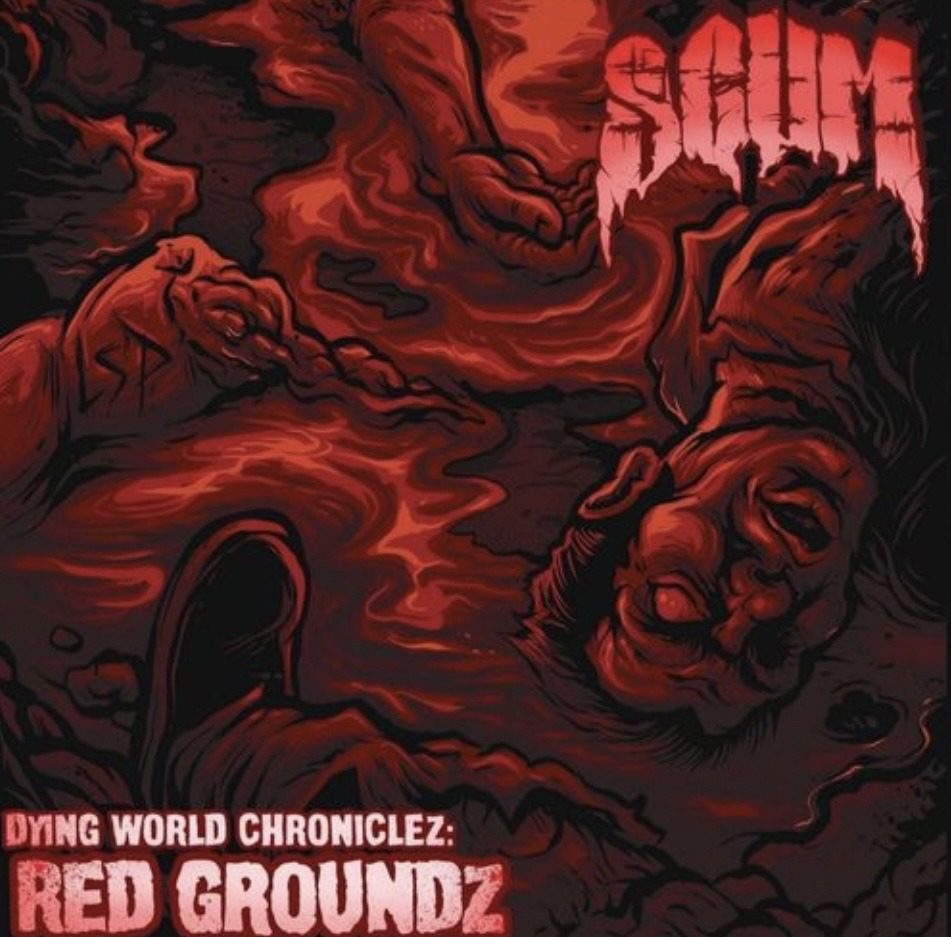 This is the 13th full-length album from Russian-American horrorcore veteran Scum. Coming up as the founder of the local independent powerhouse Lyrikal Snuff Productionz, the man has literally dropped dozens of projects either on his own or with side projects like M.M.M.F.D. & the 4 Horsemen. Dude just dropped Dyin’ World Chroniclez: Grey Skiez about 5 months ago & after a couple of new singles following that, we’re being treated to the sequel Dyin’ World Chroniclez 2: Red Groundz.

After the intro, the title track works in some violins for him & King Gordy portraying their own versions of Hell whereas “Beyond Comprehension” is a trap banger talking about how his intentions are clear. Smallz 1 tags along to let people know they’ll remain underground on the frosty “My Damnation” just before trapping cats into a “Lion’s Cage” with a demented instrumental.

Meanwhile on “We the Onez”, we have M.M.M.F.D. jumping on top of a skeletal trap beat to talk about parents warning their children of them leading into “Wonder” continuing to delve into that sound except it has more meat on the bone & Scum pondering what’s going through his victim’s mind. “Groundhog (Fri)day(13)” is an aggressive, high-tempo anthem to murder whereas “Intrauterine Cannibalistic” with Hex Rated goes into trap metal territory talking about making cats bleed when they catch ‘em.

The song “Humpty Dumpty” speaks on cracking people’s heads over a nocturnal instrumental while the penultimate track “Keep That Shit” works in some keyboards & hi-hats to admit that he’s sick in the head. Then it rounds out with “Nevaendin’ Story”, which is Scum talking about murder being addictive accompanied by a misty beat.

Scum has been putting it down for the underground wicked shit scene for a very long time at this point & the whole Dyin’ World Chroniclez series that he’s been doing lately turning out pretty hard. In comparison to the previous installment, I think this one sounds darker & rawer in terms of production choices & pen-game.