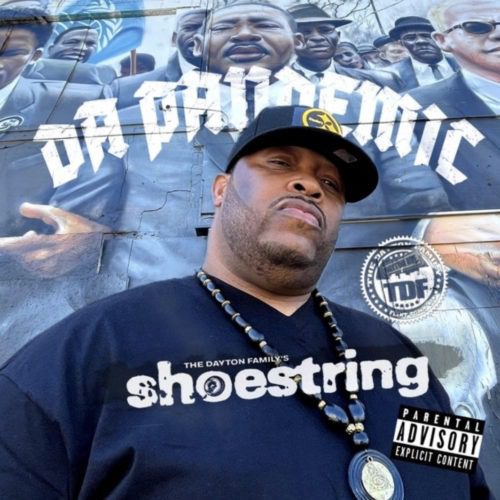 Shoestring is a 48 year old MC from Flint, Michigan who came up in the mid-90’s as a member of the trio The Dayton Family. However, it wasn’t until 1999 when he put out his solo debut Representin’ Till the World Ends under Tommy Boy Records & then followed it up 2 years later with the Reel Life Productions-backed Cross Addicted. Shortly after, Shoestring focused on DF for the next 15 years & eventually returned on his own in 2016 by dropping Fix My City. But as the 2 year anniversary of The Bake Up Boy came & went last month, he’s enlisting MonStar Entertainment in-house producer Lennon Smiley for his 5th full-length album.

The album begins with “Da Bomb Weed”, which works in some piano embellishments saying that’s what he chokes on. “Fuck Pop” is a grimy yet vibrant ode to stacking bread whereas “Get Rich” continues the themes of the previous cut except it takes a more hyphy direction. “Kill You” needs no further explanation with it’s combative lyrics or it’s baleful instrumental just before “Do Do Brown” works in these guitar licks & horns to spit that nickel bag hustler shit.

Meanwhile on “Ice Cold”, we get Shoestring bragging about himself over a Bollywood-influenced beat leading into gruesome trap cut that is “Murderers”. The song “Timbos” gets back on the hustler shit over a glum instrumental while the penultimate track “2020” formidably talks about getting back to business after COVID fucked everything up last year. Finally there’s the closer “Coka Cola”, is a piano trap ballad ode to that powder.

If you ask me, Da Pandemic is one of the best solo efforts Shoestring has put out to date. Whether he’s by himself or with Bootleg & Backstabba, dude’s always been a seminal part of the gangsta rap subgenre & his writing on here are no different. Lennon Smiley is also becoming amongst my favorite producers out of this reviewer’s home state right now because the wide range of sounds he brings to the table is fantastic.