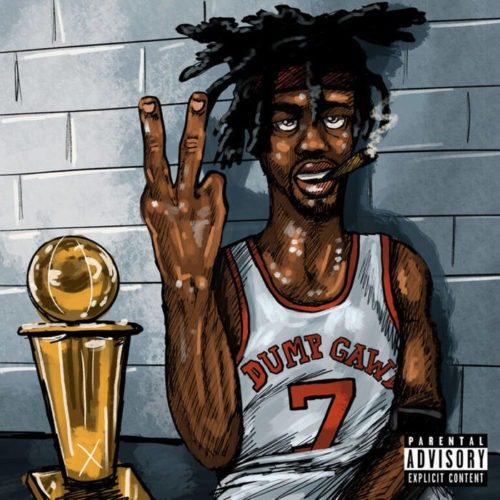 Tha God Fahim is a 26 year old MC/producer from Atlanta, Georgia notable for his affiliation with Griselda Records as well as being 1/3 of the Dump Gawds alongside Mach-Hommy & Your Old Droog. We also can’t ignore the massive discography that he’s managed to build for himself, some of the standouts include Breaking Through tha Van Allen Belts & Dump Assassins. He just dropped the Nicholas Craven-produced Dump Gawd: Shot Clock King at the beginning of the month & now they’re ending it the way they started it: A sequel EP.

The opener “Shot Clock Legend” kicks things off with a soul sample & Fahim proclaiming himself as such whereas “Hard to Digest” works in a flute to start bragging. “Hall of Fame” has a bit of a more glossier feel musically to say he gives listeners a piece of his mind when he spits just before taking an ominous bap turn for “Megatron” saying he ain’t doing none less.

Meanwhile on “Sketch”, we have Fahim jumping on top of a moody boom bap instrumental saying he don’t wanna talk too much because of trust issues leading into the penultimate track “Wingz Logo” has an eargasmic loop opening up about the world being against him. The closer “Punishment” has some rich piano chords & dusty drums to declare that he’s milking the game until the well runs dry.

Now despite preferring the predecessor, I personally think we got a stellar sequel. Could’ve used a feature or 2 to break up the monotony, but it’s safe to say Fahim & Craven’s chemistry as an MC/producer duo is continually getting better with each project they whip up together.