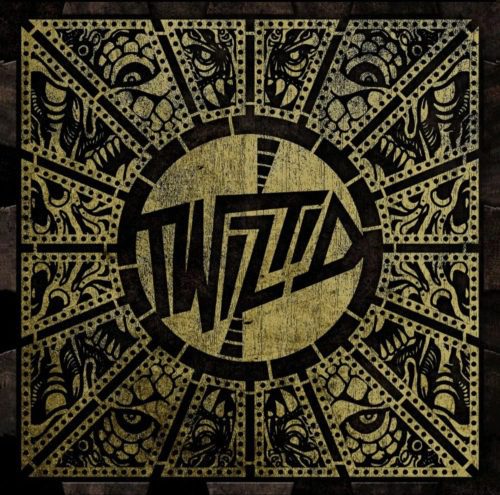 This is the 12th EP from Detroit duo Twiztid. Consisting of Jamie Madrox & Monoxide, the pair originally started out as part of the House of Krazees alongside childhood friend The R.O.C. in 1992 before their initial disbandment 5 years later. Almost immediately after, the Insane Clown Posse took Jamie & Mono under their wings by signing them to Psychopathic Records as the demented duo they’re known as today. They would become the label’s 2nd biggest act being their mentors off projects like Mostasteless, Freek Show, Mirror Mirror, The Green Book, W.I.C.K.E.D. (Wish I Could Kill Every Day) & Abominationz. Shortly after the latter was released, Twiztid left Psychopathic to form Majik Ninja Entertainment in 2014. Since then they’ve released 4 albums, with my favorites being The Darkness at the top of 2015 & then Revelashen which just celebrated it’s 1-year anniversary recently. But after going into rock territory on Unlikely Prescription at the beginning of the fall, Twiztid gave fans a little treat to those who placed an order of $75 or more this Black Friday.

“The Hell That We Been Through” is an impressive opener from Triple Threat energetically encouraging their Day 1’s to stick together with them while the song “Sugar” goes into a bleaker direction with the help of Stormi Weather talking about how they’re not fine mentally which they always do well with at subjects like that. The penultimate track “Real Clique” is a ghoulish trap banger taking shots at their opposition which is dope if you’re into battle raps & “On the Grind” finishes the EP off with Triple Threat reuniting on top of a misty instrumental flexing their hustle.

Although the mixed reception of Unlikely Prescription was a given & even I myself was 50/50 on it (that’s coming from a place of love too), I came away from this untitled EP enjoying it as much as I did Electric Lettuce back in the spring. They pick up where Revelashen left off in the sense that they demonstrate how talented they are as MCs & returning to a more hardcore hip hop sound, proving that they haven’t forgotten about their core fanbase.