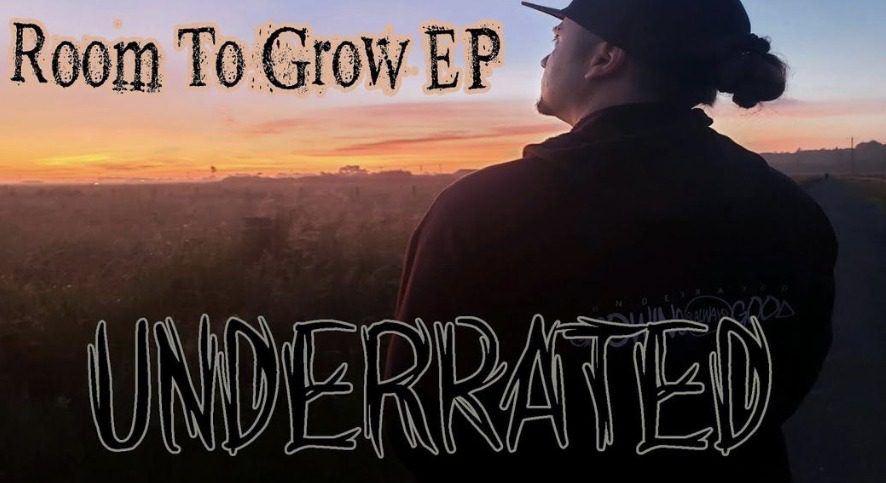 UnderRated is a 40 year old MC/producer from Arcata, California notable for formerly being 1/2 of the revered Humboldt County duo Potluck. Ever since their disbandment at the beginning of 2017, he & 1 Ton have been focusing on their solo careers even though neither one of them have dropped an official project up to this point. However, it looks like UnderRated is finally preluding his Suburban Noize Records-backed solo debut Growing’s Always Good by premiering an EP on his YouTube channel.

“U Don’t Want It” is a piano trap ballad calling out those who try bringing the smoke to him whereas “Bow to Your Sensei” hypnotically shows you where he’s at right now. “Uppercut” meditatively gets on his weed shit just before the flute-tinged “All I Need” expressing his desire for love. The penultimate track “L.F.G. (Let’s Fucking Go)” has a more trap metal vibe talking about getting lit & to finish it off, we’re treated to a sequel to “What’s Your Purpose?” off the first Potluck album Humboldt County High.

I really think fans will enjoy Room to Grow as much as the Potluck shit, because UnderRated’s just snapping lyrically throughout it’s 17 minute run-time & it’s cool to hear him bringing outside producers into the fold. If he keeps it up, Growing’s Always Good will absolutely be worth the wait.