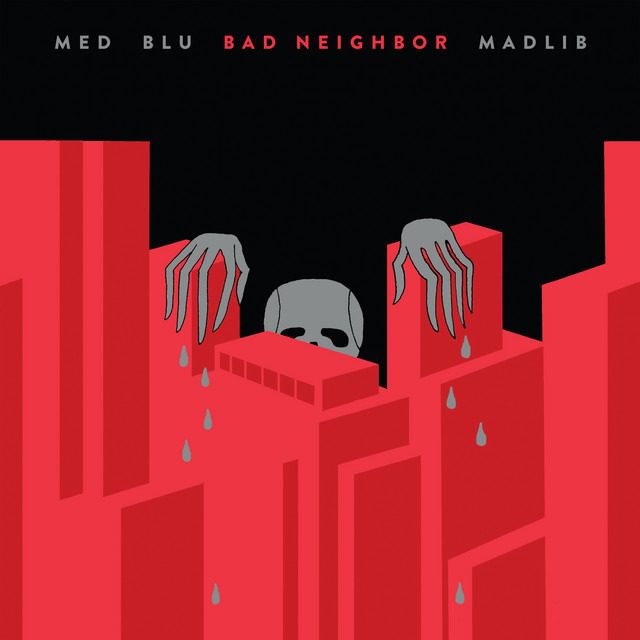 As Bad Neighbor (MED, Blu and Madlib, and Bang Ya Head celebrate the anniversary of their self-titled LP, they deliver a reissue which includes 2 new tracks. The new track titled “Whoop T” sees the duo teaming with Jimetta Rose.

The reissue comprises new mixes and master and different sequences with two new songs. With 100% Madlib beats, Bad Neighbor is the brainchild of MED — a cornerstone of Stones Throw’s history and Blu, the voice behind modern classics like Below the Heavens — who instantly clicked a decade earlier on tour with Emanon. The album is an exclamation point on the idea that began with The Burgundy EP, expanded to include Dâm-Funk and Mayer Hawthorne on the Buzz EP and continued with contributions from Anderson .Paak (Dr. Dre’s Compton,) Hodgy Beats (Odd Future) and the one-and-only MF DOOM (RIP.)

Get “Whoop T” on all DSPs here via Soulspasm. Pre-order black and red vinyl here.

Hit the Bad Neighbor Shop for vinyl, shirts, hoodies, and other items.