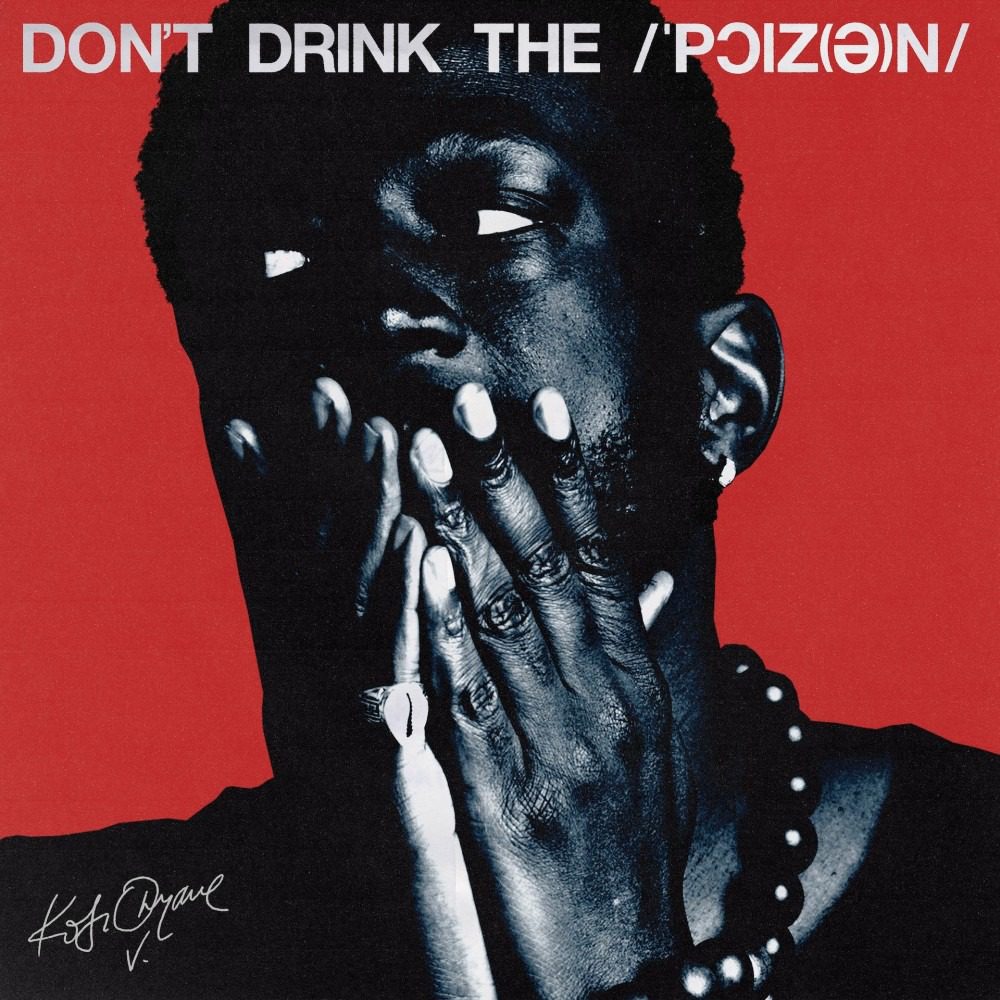 The album is an excellent merging of rap and afro-fusion with global music sensibilities, which highlights Kobi at his UK hip-hop and pan-African music best. Don’t Drink The Poison aptly represents Kobi’s own musings about the state of humanity in 2021. The poison is likened to anything that isn’t good for us but is dressed up and sweetened to entice our consumption of it. The current state-of-affairs of the world played a huge role in inspiring Kobi to pen the songs on this album, and while it comes with some social commentary, the record also offers good vibes as well. The album represents the last 18 months in the life of Kobi Onyame, from the most difficult to the most beautiful, as he battles with the direction in which the world is moving.

The album opens with Kobi giving thanks on the triumphant sounding “Aseda”, the spirited “My Prayer”, where Kobi is calling for humanity to rid itself of the social construct of race, and “Trouble” featuring Ghanaian American hip-life pioneer Bayku. The middle of the project is highlighted by the captivating up-tempo rap track “Halleluyah”, “Nante”, which is calling on us to pause and slow down amidst the fast-paced nature of our world, the braggadocios rap offering “Yo”, and “Malawi”, where Kobi pays homage to his wife and their first child together.

“Beautiful Curse” details Kobi’s love-hate relationship with the music industry, the infectious and experimental “Giddy”, and “Poison”, where he reiterates his warning to us not to drink the poison, form the curtain call for Don’t Drink The Poison. Overall, the album is a brave statement of intent from Kobi Onyame, created during the most confusing and yet most beautiful last two years of his life. According to Kobi, “it’s a warning that not everything in our society that feels or looks good is actually good. I guess it’s the old saying that not everything that glitters is gold”.

Speaking about the inspiration behind his Don’t Drink The Poison album, Kobi says, “I recorded the majority of this album in lockdown in 2020. It was the toughest and most confusing year yet the most beautiful 18 months of my life. Writing the album served as a creative output and a way to get some of my thoughts down about the state of society and humanity. ‘Don’t Drink the Poison’ serves as somewhat of my own warning to society. The poison represents that thing that isn’t beneficial to us and will eventually kill us, but for it to be consumed willingly, it has to be sweetened and nicely packaged. I see a lot of that in society and the world and I put some of my thoughts on this album”.

Across his four previous albums, Kobi Onyame has collaborated with the likes of Emeli Sande, Sway DaSafo and Saukrates, landed two Top 40 spots on the UK iTunes Rap/Hip-Hop album chart, and garnered support from tastemakers such as BBC Radio 1, Complex and Okayplayer, with his last album GOLD earning him a nomination for the prestigious ‘Scottish Album of the Year’ award in 2018. His comeback album Don’t Drink The Poison arrives three years after GOLD with much anticipation – the 10-track offering is set for release on November 26, 2021.