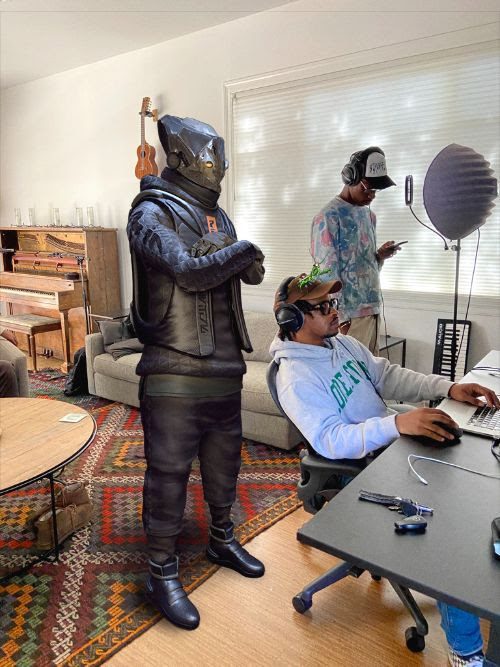 The music video for ‘Harrison Ford’ was created in collaboration with members of Spirit Bomb’s community. Spirit Bomb distributed remixable 3D assets via their Discord, and community members put their spin on the content. The result is a collectively produced collage piece, and will be the first of many Spirit Bomb community projects. As he grows, LV4’s fans will be able to continue to shape his future through creating and curating his music, and contributing to his narrative evolution. Those who contributed will each own a stake in the subsequent NFT drop, alongside the musical collaborators, which will take place on Foundation

On production duties for the track are the Nashville-bred, LA-based team Two Fresh, who have built a reputation for their undeniable ability to produce beats which blend bass-dominant hip hop and electric synths. Two Fresh are regarded as pioneers in the experimental music realm and have worked with the likes of Mac Miller, Vic Mensa, Towkio, Joey Purp, and Cherub.