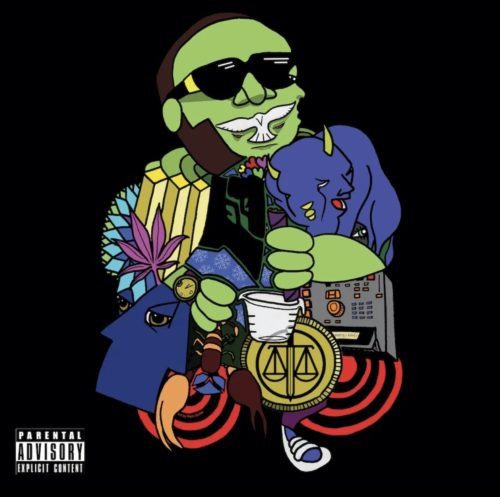 This is the 6th EP from Buffalo emcee Benny the Butcher. Getting his start in 2004 off his debut mixtape Tana Talk, it wasn’t until 2018 when he dropped his Daringer/Alchemist-produced debut album Tana Talk 3 under his cousin Westside Gunn’s independent powerhouse Griselda Records. This was followed up with The Plugs I Met & the Hit-Boy-produced Burden of Proof but just 5 months after teaming up with Harry Fraud for The Plugs I Met II, the butcher is now proclaiming himself as the Pyrex Picasso.

After the “1st Name Basis” intro, “Flood the Block” is a bit of a celebratory kickstarter talking about drugs & clocking dollars whereas “PWRDRL” with Elcamino has a bit of a rock feel getting on their mafioso shit. The title track with Conway the Machine works in some keyboards & dusty drums talking about getting rich just before Elcamino returns with Rick Hyde for the symphonic “‘73”, saying their competitors will never be them. “The Iron Curtain” works in some haunting organs spitting that street gospel & the closer “Fly with Me” with Conway the Machine has a soulful vibe talking about being hustlers.

It’s no secret this dude has been working hard on the Tana Talk 4 double album for a while now & I think Pyrex Picasso serves as a fresh lil’ appetizer before the main course. Chop La Rock & Rare Scilla do their thing behind the boards for The Butcher to let his flashy lyricism come in to play as it usually does.