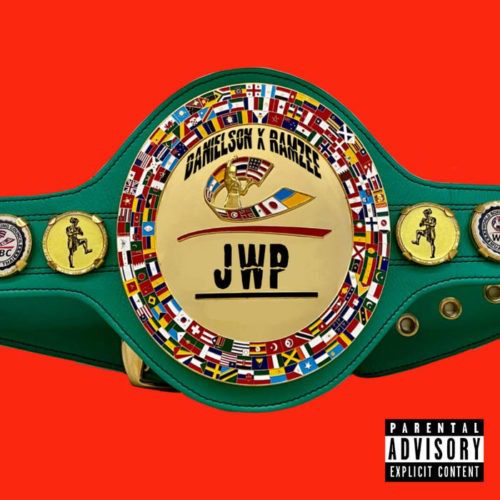 This is the 5th EP from Canadian emcee Daniel Son. Coming up as a member of the Brown Bag Money collective, his profile began to rapidly increase in the underground off projects like his debut mixtape The Gunners or the sophomore album Yenaldooshi. He recently dropped the Cuns-produced EP Dojo back in March to commemorate the 1-year anniversary of his previous album Dirty Dishes, but is now enlisting Ramzee for JWP.

“Above the Law” has a bit of a woozy feel in the instrumental with Daniel talking about how the cops will never catch him whereas “Tempo” is an airy boom bap cut saying he used to smell the hate on the new believers. “Haunted” goes into a more jazzier direction talking about your girl checking him naked just before proclaiming he’ll make sure the coast is clean on the soulful “Pinot Gris”. The penultimate track “Fried Burbot” works is a rap rock cut detailing the mud life while “The Ends” finishes off has a great trumpet loop & lyrics about the struggle never ending.

Dojo was good, but JWP to me is a much more consistent product. I like how Ramzee’s production ranges from boom bap to jazz & at this point, I think Daniel Son could very well be my favorite lyricist in the Canadian hip hop scene right now. I hope this & Dojo are warm-ups for a new album because I would love for him to get an all-star lineup of beat-makers on it.