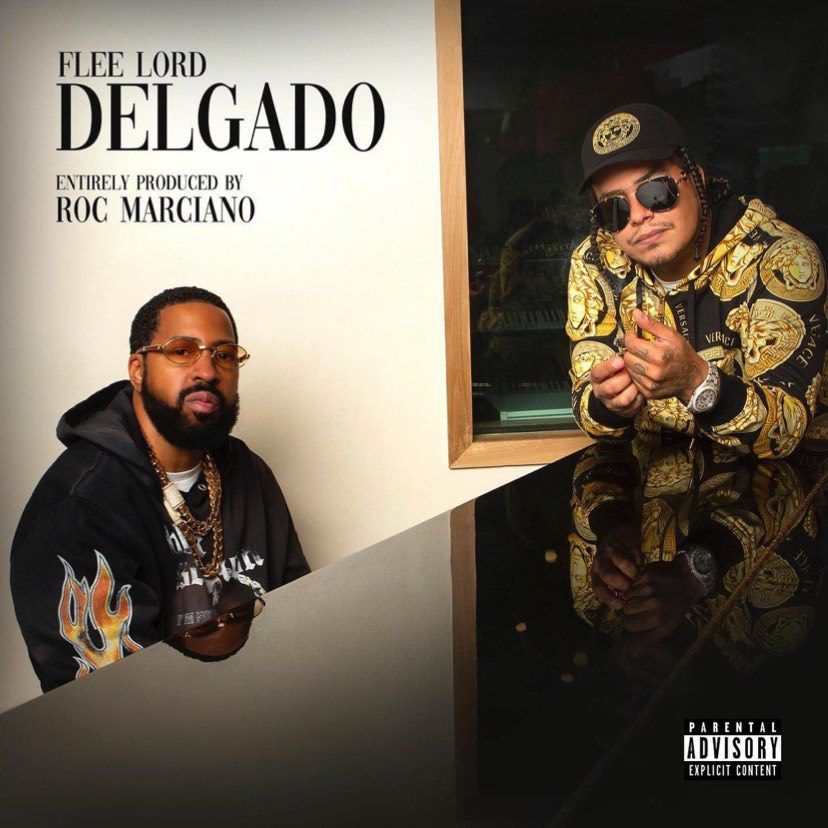 Flee Lord is a 38 year old MC from Far Rockaway, New York who came up in 2017 as protege of the late Prodigy. He has since become known for building up a massive discography for himself with projects like the Loyalty or Death: Lord Talk trilogy produced by GodBlessBeatz, the Loyalty & Trust duology produced by 38 Spesh, the DJ Shay-produced Lucky 13, the Buckwild-produced Hand Me My Flowers, the Pete Rock-produced The People’s Champ & the Havoc-produced In the Name of Prodigy. But after dropping the the DJ Muggs-produced RAMM£LLZ££ back in March, the Lord is now enlisting Roc Marciano to produce his 16th EP.

The titular intro is a sumptuous piano ballad to say he’s important to the slums whereas “Slow Down” aggressively compares his verses to the feds pulling up on the strip. “Shouts Out to the Mobb” goes into jazzier territory showing love to his protégés, but then “Medusa” brings in some guitars for him & Conway the Machine to spit that gun talk.

“This is What Ya Want?” has a bit of a more orchestral feel reminding everyone his raps are reality, but then switches up into a classy vocal sample to get on his luxurious trap shit. Ransom tags along for “Breath of Air” to give them that back against the wall music just before Stove God Cook$ comes in for the grungy “Trim the Fat” talking about money, power & respect.

Meanwhile with “Skipping Town”, we have Flee jumping on top of some lavish keyboard embellishments trying to start a hood war leading into him & Marci detailing going from walking to driving sports cars on the unsettling “Breeze in a Porsche”. The penultimate track “1st Kill” has a more sadder tone instrumentally spitting that pure dope & the titular closer reads off as a cool 1-minute freestyle with some piano melodies accompanying it.

I wouldn’t be mad if you preferred Delgado over RAMM£LLZ££ because it’s undeniable that Flee Lord has been putting out some of his best work in the last couple years. Lyrically, he’s one of the illest out of New York right now & Roc Marciano’s production I feel like doesn’t get appreciated as much as his lyricism does.