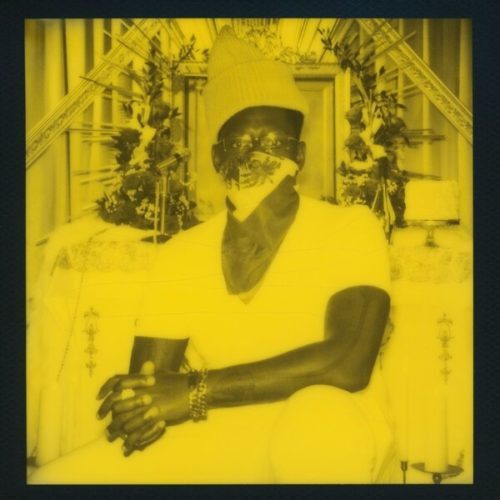 This is the 11th EP from New Jersey emcee Mach-Hommy. Blowing up in the underground off his Griselda-backed sophomore effort H.B.O. (Haitian Body Odor), he & Tha God Fahim fell out with them shortly after only to reconcile this past Christmas & then Mach returned to the label over the spring with quite possibly his magnum opus as well as one of the best albums of the year: Pray for Haiti. But in light of his Dump Gawds colleague Your Old Droog dropping Space Bar last week, Mach is continuing to apply pressure by dropping Balens Cho through Nature Sounds.

After the “La Prèmiere Bougie” intro, the first song “Labou” starts the whole thing off with Nicholas Craven weaving in some incredible saxophones wittily talking about being the new Rick Rubin & Russell Simmons whereas “La Deuxième” is just a decent interlude. “Separation of the Sheep & the Goats” incorporates a sweet vocal sample humbly opening up about his blessings leading into the “Magnum Band” sequel produced by the late Ras G which I’ll go as far to say is superior & darker than the predecessor.

After the “La Troisième” interlude, we have Mach talking about making it out the hood rich for “Lajan Sal” accompanied by an instrumental that gives me crazy Italian monster vibes just before the “La Quatrième” interlude comes into play. “Wooden Nickels” is probably the most heart-wrenching cut on the EP cautioning shady motherfuckers while the song “Traditional” cleverly uses the same rhyme scheme throughout over a healthy mix of horns & whistling even though it could’ve been a little bit longer.

After the “La Cinquième” interlude, Tha God Fahim tags along for the penultimate track “Money Magnets” getting on some boom bap shit talking about dominating the rap game & “Self Luh” finishes the EP with Mach encouraging listeners to treat their bodies like it’s the only one they got on top of a comforting beat from Conductor Williams.

I’ve been fiending for this shit hard ever since it was originally announced a month ago & my God is it a great follow-up to Pray for Haiti. The excessive amount of interludes are annoying, but the production is as equally fantastic & Mach still manages to drop bars that’ll make you run it back.