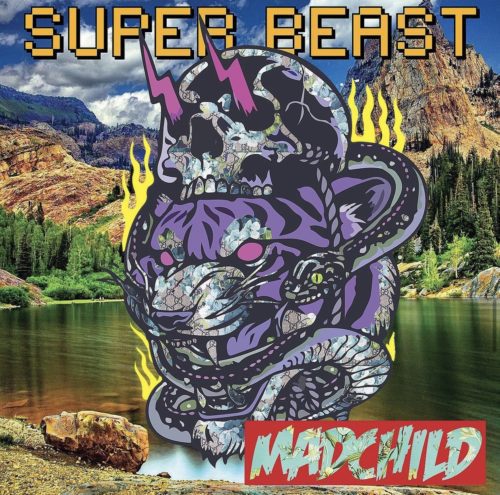 Madchild is a 45 year old MC from Vancouver, Canada coming up as part of the trio Swollen Members & the founder of Battle Axe Records, but would be until 2012 when he officially broke off solo with his Suburban Noize Records-backed debut album Dope Sick. He would later go on a hot streak of follow-ups including Lawnmower Man, Silver Tongue Devil, the Evidence-produced The Darkest Hour & Demons. But even though he went into a more trap direction on The Little Monster LP a year & a half ago ago, the results of that stylistic change weren’t all that interesting & the sequel he dropped 3 months later spring The Little Monster LP 2 was slightly better. Shane & Shane 2 both took a more personal approach with the sequel enhancing the seriousness of the predecessor, but is returning 6 months later in the form of his 10th album.

“The Beast” is a horn-laced boom bap opener produced by C-Lance calling himself a damn dirty ape with the .38 whereas “Blood on the Carpet” works in a guitar to take aim at his competition. “Swamp Monster” keeps the boom bap rolling with an chilling vocal sample thrown into the mix talking about how some things never change & after the first interlude, the instrumental that “Bat Phone” delivers sounds ripped straight from the Adam West incarnation of Batman declaring himself the most devious in hip hop.

Meanwhile on “Skeleton”, we have Madchild over what sounds like a Godzilla flip challenging anyone to bring the smoke to him just before “Bad Thoughts” has a quirky tone to the beat talking about being a lunatic his whole life. “Nostradamus” takes a more dramatic route saying he can see the future & after the 2nd interlude, “Arson” mixes some pianos detailing pyromania.

The track “Scattered” keeps the keyboards intact admitting he still needs darkness despite being in God’s light while the penultimate song “Problem Child” has this relaying vocal sample throughout declaring himself as such. After the 3rd & final interlude, “Bang” closes out the album with a trap cut talking about how life is awesome.

For those of you who weren’t feeling the trap influences that were present on Madchild’s last few albums, I think you’re gonna like Super Beast a lot more. The production primarily takes it back to his boom bap roots & the same goes for the aggressive lyricism as well.