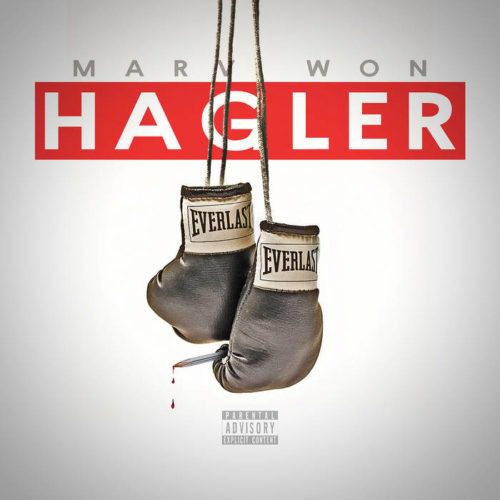 Marv Won is a 40 year old MC/producer from Detroit, Michigan who came up as a part of the world famous Fat Killahz. He’s gone on to become well respected in the battle circuit & has released a total of 4 solo albums, with the previous one being Sooner Than Later last winter. However just a few months after dropping his 2nd EP Rabbits Can’t Shoot over the summer, he’s ending the year by dropping his 3rd EP exclusively on Bandcamp for 24 hours.

The title track is a perfect opener with it’s boom bap production paying homage to the Marvelous Marvin Hagler himself whereas “Bread Crumbs” takes a more melodic route saying he don’t know why he would want to be like other cats & The Olympicks’ production has this jazzy undertone to it that I just love. “King & Duck” gets back on the boom bap tip as his partner in rhyme Quest MCODY helps take their battle bar skills on wax very well, but then “Salt N Pepper” switches things up by emotionally talking about his father’s death.

The song “Holy Spirits” has a fitting organ-laced instrumental throughout powerfully comparing a liquor store in the hood to a church while the penultimate track “Back at It” by the Twin Towers weaves in a more uncanny beat talking about how it’s all trouble when they get together & rightfully so. Finally, the Chanes-produced “Heavy Bag” couldn’t have finished off the EP any better by sending warning shots at those who want beef with him.

Although I loved the previous EP, Marv really outdoes himself with Hagler over here. It’s refreshing to hear him bring outside producers into the fold with his lyricism being a healthy mix of battle raps & some personal confessions of what’s happened in his life within the last few months.