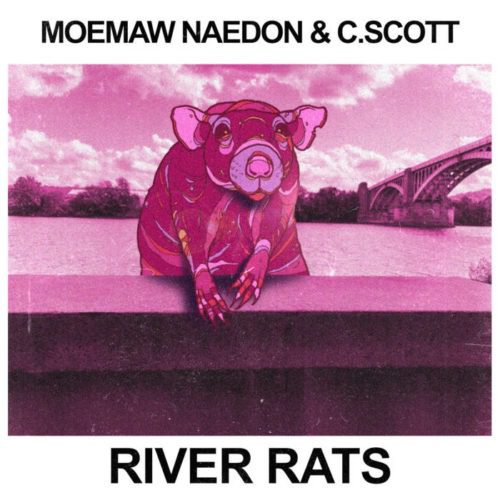 Moemaw Naedon is a 39 year old MC/producer from Pittsburgh, Pennsylvania who made his full-length debut in the fall of 2014 with the Latebloomer-produced Circular Signals. This was followed up with Hard Head Mush Brain & Dr. Deadhorse but just a couple months after dropping a collab EP alongside Calig Kontra entitled Cult Theatre, he’s enlisting C.Scott to produce his 3rd album from start to finish.

After the “Pittsburgh Thril” intro, the first song “Awesome Environment” is a slick boom bap opener talking about having one too many drinks whereas “Space Log” has a more synth-funk vibe advising those not to kick the mic when they spit their last bar. After the “Midnight Rapper” interlude, JM the Poet tags along for the meditative “Owls in the Sun” to say they feel like they’re just getting starting just before Dinosaur Burps takes JM’s place on the aggressive “Summer in the Muck”.

After the “Where You Wander” & “Scene Before” interludes, “Hardly New Havoc” speaks on how shit ain’t really new with a moodier instrumental leading into the psychedelic “Off the Path” as Moemaw & El Da Sensei deliver a lyrical onslaught. The song “Death Shots” is a guitar ballad with the Galactic Brethren reuniting like it’s nothing & after the “Weird Places Heavy Stories” interlude, the penultimate track “Ringing Bells” takes a jazzier direction saying the reflections in puddle are to muddy to tell. “Pardon Angels” later ends the album with a beautiful instrumental piece.

Of all of Moemaw’s solo efforts, River Rats could very well be his best one yet. I think the number of interludes are a tad bit annoying, but his lyrics are amongst his most thoughtful & C. Scott knocks it out of the park in terms of the production.