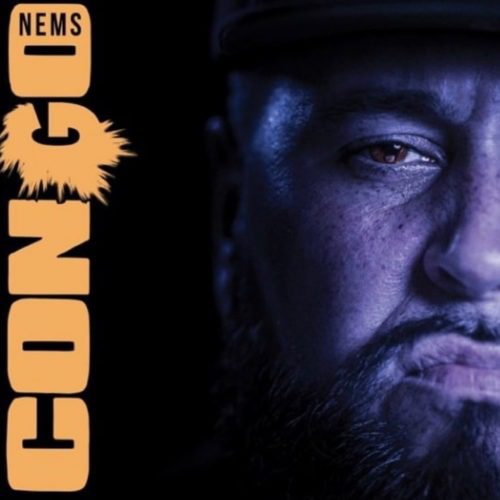 This is the 3rd full-length album from New York emcee NEMS. Coming up in the battle rap circuit, he would go on to have a brief stint with Psycho+Logical-Records in the late 2000’s before dropping the debut Prezident’s Day under Creative Juices Music back in 2010. This was followed up almost 9 years later when he & JAZZSOON teamed up for the damn near flawless Gorilla Monsoon, but is now returning for Congo.

“Go Fish” is an empowering opener telling the listener they’re destined to do great things whereas “Grind Mode” with Black Savv & Richie Ricks almost has a bit of a soulful trap vibe talking about hustling. “Bing Bong!” finds Vinny Idol working in some violins & dusty drums for NEMS to get on his disrespectful shit just before the summery romance tune “You & I” with the Terror Squad’s very own Tony Sunshine.

Meanwhile with “Gorilla Clip”, we have NEMS hopping on top of a heavy guitar to get on the battle tip leading into him & UFO Fev going back & forth with one another for the synth-laced “Body at the Dice Game”. The homie Johnny Slash takes things back to boom bap territory on the confrontational “Wow”, but then the Gorilla Twins enlist Eddie Kaine & Rim to pay homage to “Tha Boro” over a piano instrumental. “Real Lyfe” goes back into that trap lane saying he doesn’t feel right if he doesn’t make a stack a night whereas the Charlie G-produced “Cousins” is a touching tribute to his family.

Spit Gemz & King Cardi tag along to ominously detail what it’s like “Downstate” while the song “You Don’t Exist” takes shots at clout chasers. The penultimate track “Highly Favorable” flexes his skills on top of a celebratory beat from JAZZSOON, but then “U Dumb” with Nrok Dinero & Dinero Daboss is an awkward closer with a drill instrumental sampling the iconic Kanye joint “Power”.

I was curious to hear where he would go after Gorilla Monsoon giving how amazing that album was, but this is a solid follow-up. It’s interesting to hear him dabbling with new sounds & being one of the very few battle rappers to actually carry over his nasty lyricism for a full-length capacity.