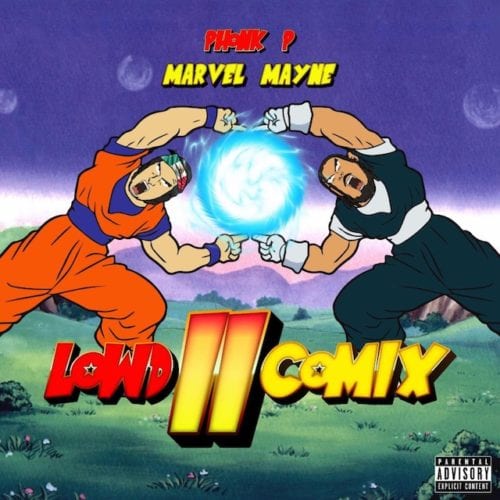 As the II in the project title implies this is the 2nd edition since 2018’s first collaborative project.  Since then both artists have been on an impressive come-up including Phonk P being tapped for Flee Lord’s recently formed Lord Mobb music collective.  As such Phonk was blessed with the only solo joint (“Summertime”) on the Lord Mobb Compilation Vol 1 which was hosted by Hot 97 radio host Peter Rosenberg.  As of this writing “Summertime” has racked up an impressive 250,000 streams on Spotify alone.

Marvel Mayne’s production has been placed with such notable artists as YFN Lucci, PnB Rock and SOB RBE.  Expect visuals for several tracks on Lowd Comix II to follow shortly.