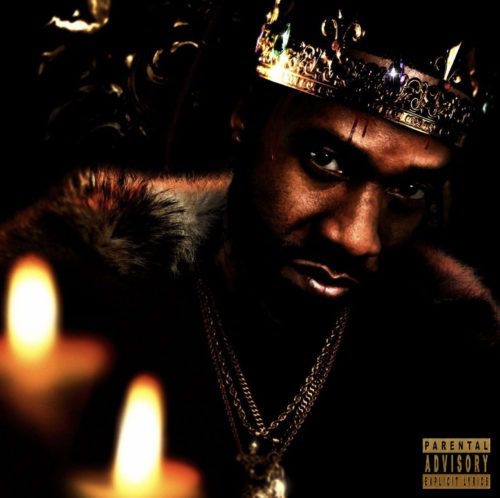 This is the 5th full-length album from Jersey City emcee Ransom. Coming up as 1/2 of the short-lived duo A-Team alongside Hitchcock, he branched out on his own following their disbandment beginning with his 2008 full-length debut Street Cinema & the Statik Selektah-produced sophomore album The Proposal. But it’s safe to say 2020 was his biggest year yet so far, dropping a total of 5 EPs produced entirely by Nicholas Craven & all of them being equally stellar. Then the dude dropped 7 last month, which is a well executed concept EP based around the 7 deadly sins. However, all of this has been leading up to Heavy is the Head produced by Big Ghost Ltd. from start to finish.

“Lord Stark” starts off the album with a 1 minute skit & then Ransom jumping over some heavy synths to see who can propel higher than him whereas “All the Kings Men” is pretty much Mickey Factz & J. Arrr tagging along to leave a piano instrumental scarred up like they said they would at the end of the first verse. “Ransom the Destroyer” works in a Viking-esque beat to proclaim himself as such just before RJ Payne assists him for the symphonic battle rap cut “The Red Wedding”.

After the “King’s Intermission” interlude, “Tyranny” is a heartbreaking portrayal of how people are cold blooded while “Blackwater” is a rock-tinged barfest appetizing heads for his upcoming collab album with Rome Streetz. The penultimate song “Off With His Head” with the Heavy Metal Kings & Lou from Paradise is basically the quartet quenching for blood over a dusty instrumental & after the “King’s Landing” interlude, the closer “A King’s Ransom” has these haunting choir vocals throughout & it’s about how a fortune is granted to whoever hands him a traitor.

I’ve been listening to this dude for almost a decade now & I gotta say: Heavy is the Head is the best body of work that Ransom has attached his name to yet & one of the best things you’ll hear in 2021. Dude’s in his prime lyrically & Big Ghost’s production is epic as fuck! God can only imagine how his next album with Pete Rock will sound.