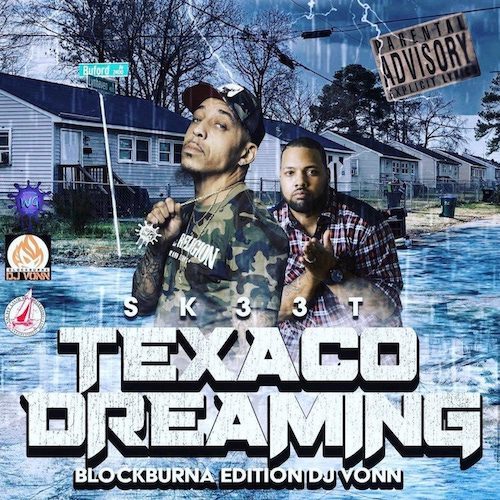 A reality rapper who specializes in story telling, Sk33t is an independent artist from the Southside of Richmond, Virginia. He has released a series of albums and mixtapes in his early career, but the most notable would be “Capital Murder”, which was released in 2021 leading up to the release of his current mixtape “Texaco Dreaming“. Sk33t is a versatile and lyrically proficient mc.

Sk33t strives to deliver heartfelt lyrics and edgy tunes to his fans, always keeping is music challenging, yet easy to relate to. It didn’t take long for Sk33t to create a buzz with his first mix-tapes and demos,catching the attention of the most influential  Djays in his city but the best is yet to come: His highly anticipated Mixtape “Texaco Dreamin” recently released, and it’s already generating quite a lot of buzz post mixtape drop.