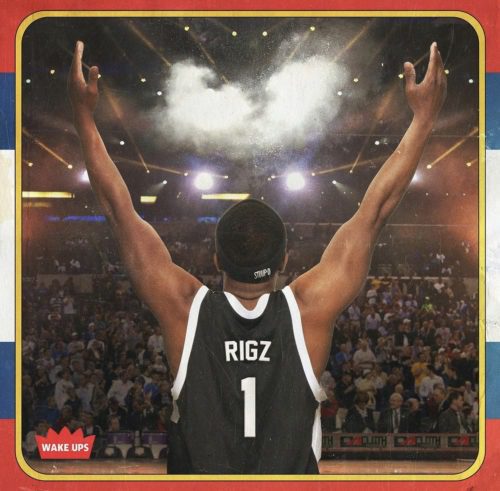 This is the sophomore album from Rochester emcee Rigz. Coming up as a member of the Da Cloth, the man as released a couple EPs & mixtapes in the last 4 years prior to his critically acclaimed collab album with Mooch & Big Ghost Ltd. entitled The Only Way Out at the tail-end of 2019. Then came Rigz’ full-length debut Substance Abuse a little over 7 months ago, which was entirely produced by Futurewave & became one of my favorites of last year. However to warm fans up for his upcoming album with DJ Muggs, he’s enlisting Chup for Wake Ups.

“Coconut Water” is a dense opener saying he’ll always have his foot under your neck whereas “Wipe da Timbs Off” enlists Illanoise, Mooch & Times Change for a dramatic anthem representing their crew. Rob Gates comes into the picture on “Trophies” to work in some background vocals & lyrics about proving that you actually fuck with them just before saying he’s the one who’s gonna get it for the family on the chilling “Show You”.

We have Ransom tagging along on the soulful “Da Predicament” to describe their own unpleasant situations & after the “Sobrinos” skit, Rigz jumps on top of a dreary instrumental to tell the listener to “Get Urs”. The guitars on “Let Me” are pretty epic given that he’s talking about wanting to murder a deceitful person leading into Mooch coming back in the picture to talk about how they don’t know what to say because they ain’t got to say shit for the rich “Beach Chairs in Marcy”.

Meanwhile on “Misled”, we have Rigz & Times Change pondering the value of trust over a piano & a vocal sample whereas “No Mercy Rule” with M.A.V. & Symph is a killer rap rock cut with all 3 spitters talking their shit. The song “Swole Hearted” serves as a dejected depiction of how someone can get a cold heart sometimes while the penultimate track “Throw It Away” is a symphonic plea not to waste your gift. Finally, the closer “Grateful” has a soul sample & lyrics about his gratitude.

If you loved Substance Abuse as much as I did, then I don’t see why wouldn’t enjoy Wake Ups on the same caliber. Dude continues to prove himself as one of the illest lyricists in New York at the moment & Chup really hones in on the raw production. Beyond excited to hear what he has in store with Muggs.