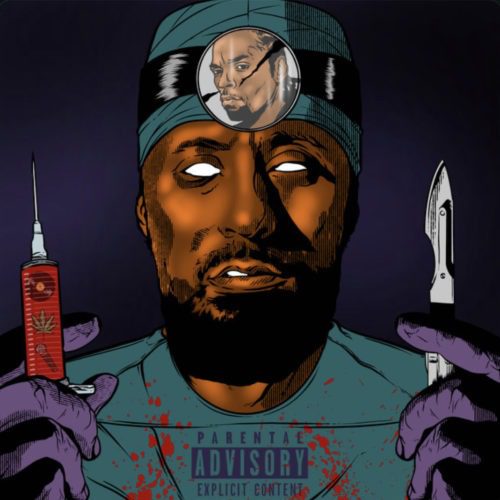 This is the sophomore album from Inglewood emcee Shady Ray, who’s been around for a little over a decade with a handful of mixtapes under his belt including The Sinister & 1 Man Gang. But now that he signed to Lord Mobb Music a little bit after dropping his full-length debut Blood Pool, Ray celebrated Christmas Eve by having Sushi Punk produce Blood Work from front to back.

After the titular intro, the first song “Dark Path” starts off the whole EP by enlisting Jameel Na’im X for a drumless look at them fighting demons whereas “Fine China” has a more alluring sound to it saying he doesn’t make threats. “Appetite” goes back into drumless territory spitting some vicious battle raps leading into the calming “Medicated” talking about being blessed to be where is now.

Meanwhile on “Water on the Spoon”, we have Ray & Aaqil Ali coming together on top of a soul/horn sample to spit that heroin shit leading into Bale as well as T.F. & Young Act tagging along for “Where We At” to call out those who act like they came from the slums over yet another melodic vocal loop.

The song “Cannes” with BVNGS, Eto, Gifted Gab & Phonk P finds the quintet on top of some guitar licks going at those who have beef with them while the penultimate track “Act n’ Shady” with Flee Lord & Young Act weaves in some dreary pianos telling punks to leave all 3 of them alone. “Soul Food” finishes it all off by getting inspirational lyrically with these heavy horns backing him.

In the end, I think this is the crown jewel of Ray’s discography so far & have a feeling this is only the beginning. Lyrically, I feel like listeners will get a good idea as to who he is personality-wise & Sushi Punk comes correct behind the boards as well.