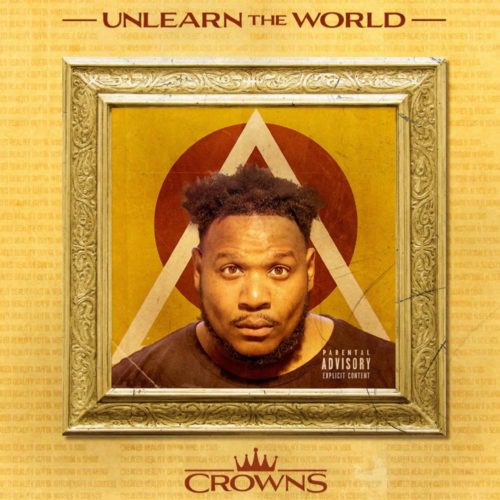 Unlearn the World is a 40 year old MC, producer, speaker, educator & writer from Washington Heights who came up back in 2017 off the strength of the full-length debut I Saint I Sinner I Self. His profile began to increase from there with Universes & Light Years but to celebrate the dude’s born day, he’s decided to give the fans his 4th album as a little treat.

“Coronation” is a piano-laced opener saying this is what he dreamed about whereas “Wu-Tang Nipsey” takes a more melancholic approach talking about being the king of what he does. Skyzoo tags along for the feel good boom bap banger “1 Day is Today” proclaiming themselves the kings of their towns leading into the somber “Great in the Game” talking about never letting his greatness wait again.

Meanwhile on “Never That”, we have Unlearn telling his competition they won’t ever reach his level just before “World on Fire” serves as a glorious victory lap. “The Journey of Elijah” speaks on being up over a spacey trap instrumental & after the “Powerful Creator” interlude, “Messiah Complex” weaves in some powerful background vocals telling listeners you’re in the presence of a king.

“Pull Up & Pop Out” goes back into the trap direction getting on some party shit, but then “Use 2” incorporates a soul sample on top of some snares talking about how he be cruising. “Move Away” sonically picks up where the previous joint left off saying he’s the big difference between the sea & the desert whereas “No Sleep” serves as a pillowy lovey dovey tune.

The song “Flawed Hero” talks about making his life a movie & selling it as an NFT over horn-infused beat while the penultimate track “Time, Eras & Moments” is passionate trap cut looking back on his life. “Feel Alive” then ends the album with a vulnerable piano ballad dedicating it to his child.

For him to give us Crown as a way of ringing in this new chapter of his life, I really admire that & to me it’s his most personal body of work yet. He really pops off on everything that’s happened in his life since last summer & the production is really interesting from start to finish.