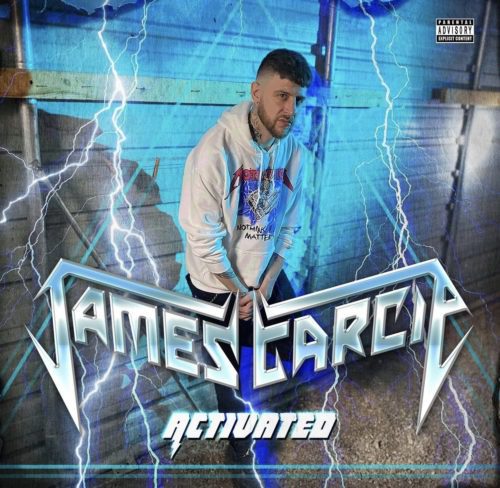 Young Wicked is a 34 year old MC, singer, songwriter, producer, engineer & fashion designer from Denver, Colorado who came up as 1/2 of the Axe Murder Boyz with his older brother Bonez Dubb in 1999. The duo put out 4 albums on their own before signing to Psychopathic Records in 2005, making their debut on the label that following spring by dropping Blood In Blood Out to moderate reception. However, their next full-length outing God’s Hand is considered to by many (including myself) to be their best given how much both of them elevated their lyricism & Otis’ production. This resulted in him becoming Violent J’s protege many years later, dropping his solo debut Slaughter: It’s the Best Medicine in the fall of 2015. Fast forward a couple years later, he jumped ship to Majik Ninja Entertainment after a falling out with his mentor to put out an equally fantastic sophomore effort The Return of the Prodigal Son. But after 4 years of focusing on producing & engineering for others, Young Wicked is rebranding himself for his 3rd album.

After the titular intro, the first song “James” almost had a bit of an electronic feel to it bragging about always killing mics whereas “Game Time” is a hyphy banger saying he puts in work every day. “Fuck That Shit” has some eerie piano chords brushing off his haters just before “M.T.L.B.S. (More Tattoos Less Bullshit)” takes things into trap territory saying that’s exactly what he needs.

Meanwhile on “Ice”, we have Young Wicked jumping on top of a cloudy instrumental to brag about how cold he is leading into the braggadocious “Flex” co-produced by DJ Stigmata. He goes in depth about being under the influence on “Felt So High” with a somewhat wonky beat, but then “Satellite” melodically opens up about being unable to escape his shadows.

The song “Tik Tok” is literally a trap cut about how you can make it by dancing on the titular app while the penultimate track “Racing” works in some guitar passages talking about getting live outside. “Feel Alright” then ends the album with a passionate rock cut about saying he’s doing good despite the world burning.

Now despite the artwork being a piss poor ripoff of my 2nd favorite Metallica album Ride the Lightning, it’s clear as day that Young Wicked is a man of many talents & Activated reminds us of that. He sounds completely rejuvenated & I love how diversity it sounds. Clearly the rebrand is an attempt at trying to reach an audience wider than the juggalo realm, but it’s very respectable.