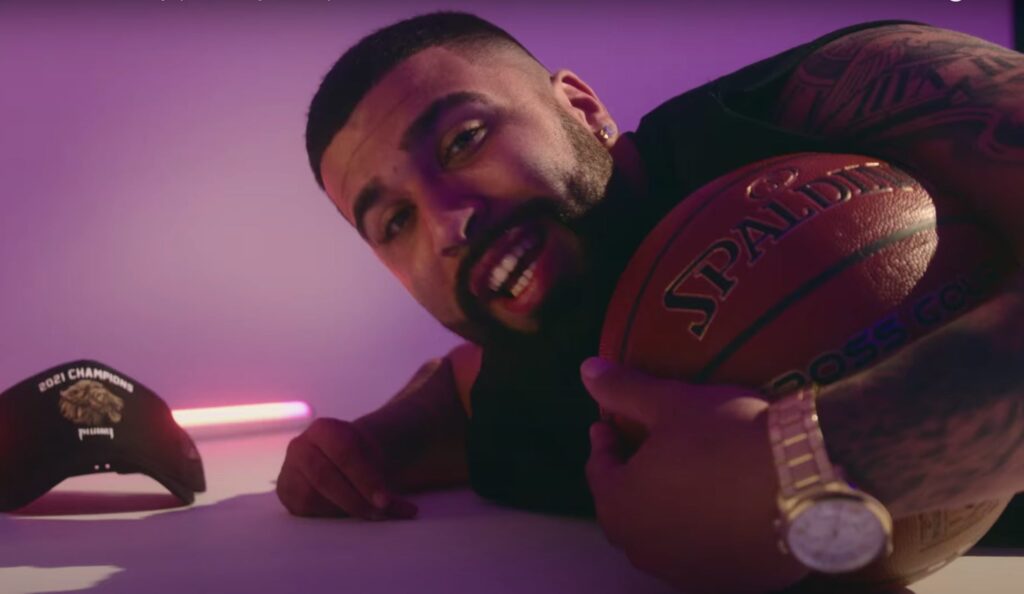 Hall-of-Fame Los Angeles Lakers Kobe Bryant’s 2001 NBA Championship photo has become an iconic inspiration to an entire generation of fans on and off the basketball court. For Miami recording artist Shepherd, the symbolic victory inspired the concept of his new single and visual, titled “First of Many.” Channeling the five-time NBA champion determination, intensity and winning spirit, Shepherd tells his story of triumph over the George Rose production.

In the Kerry Lofton-directed visual, Shepherd replicating iconic NBA moments from champions, like Lebron James, Michael Jordan, Kevin Garnett and, of course, Kobe Bryant. “First of Many” follows Shepherd’s collaboration with Hall-of-Famed Los Angeles Laker and Bryant teammate/friend Shaquille O’Neal. The concept and release of “First of Many” celebrates Shepherd’s latest song “Game Time,” a track featured in the new summer blockbuster film Space Jam: A New Legacy starring Lebron James. In the visual, Shepherd pays homage to the accomplishment with a clip of him renting out a theater for friends and family to see the new film.

“Being in a movie has been a dream of mine since childhood, so landing a global sports film of this magnitude is simply a miracle. As the son of immigrants, I saw my parents struggle day after day to provide the best life they possibly could for me and my siblings. With that being said, this is a huge win; not just for myself, but for my family, my culture (Cuban/Costa Rican) and my community,” said the RMG Amplify / EMPIRE recording artist in a statement to the press.

“First of Many” is a runaway hit. Shown above, Shepherd took to Instagram Monday (August 24) to celebrate the song achieving over 20,000 streams in ten days. In the caption he promised more music from George.Rose and himself on the way. “First of the Many” is available on all streaming platforms.

“First of Many” is the third visual release of the year from the ascending recording artist. The 23-year-old football player turned entertainer previously released music videos for singles “Oue Rica” and “Clocked In” featuring Derek Minor and Aklesso. For daily updates and more on Shepherd, follow him on Instagram.

You may take a look at Shepherd’s new visual for “First of Many” below.