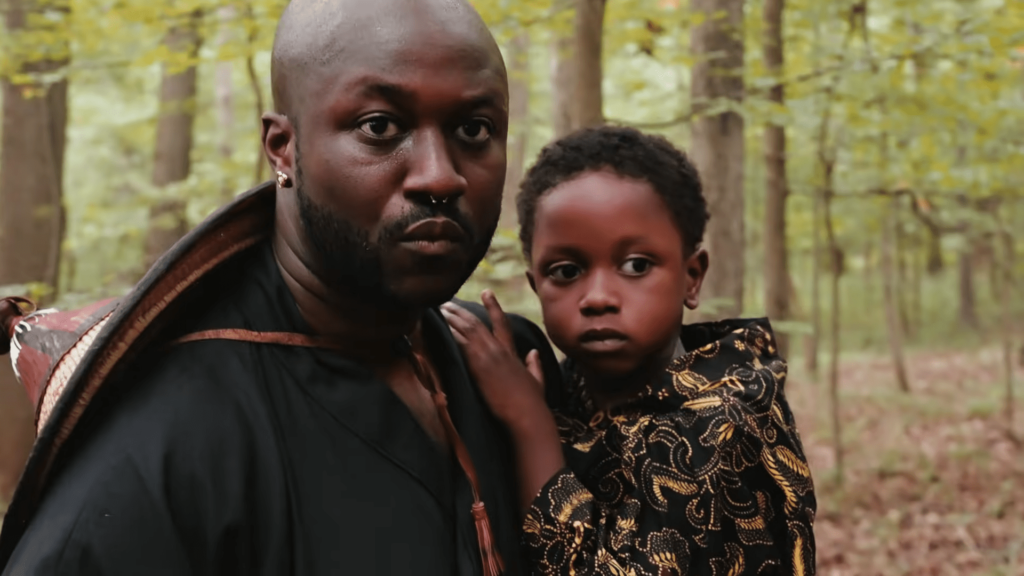 Born I‘s latest visual offering “Unenlightened” is more than a music video. It’s a short film that is, on the surface, a love letter to the manga and film series “Lone Wolf and Cub” and the story of Yasuke, the African Samurai. On a deeper level, “Unenlightened” is a spiritual allegory about overcoming our inner demons.

Written by Born I, Directed by Roy Lesh and shot/edited by Tim Shelby, “Unenlightened” features Born’s son Siddhattha, his wife Ayanna and elaborate costuming and mask art from around the world. The song itself is produced by Atlanta producer Linz Prag.

“Unenlightened” is the third single from Born I’s album “In This Moment“. He is currently filming a video for each song on the album to be released as a short film/visual album in 2022.