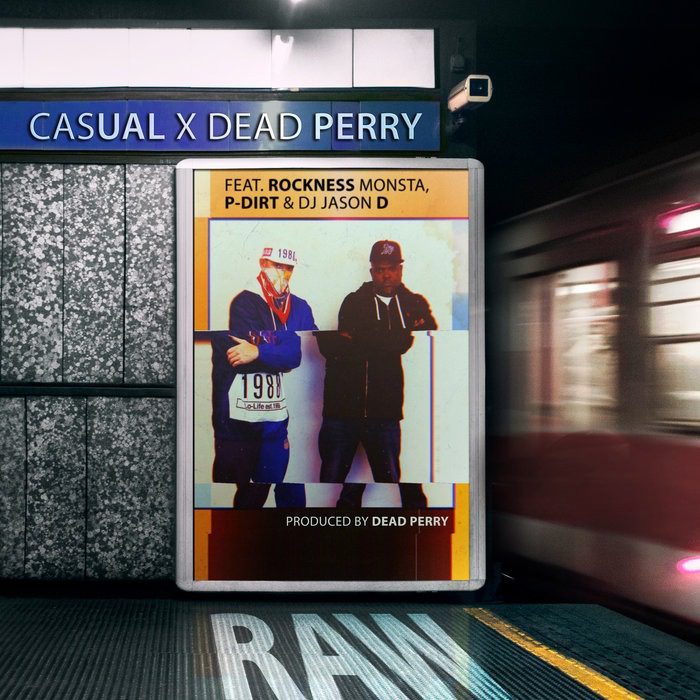 Legendary Hieroglyphics crew member Casual returns with a single “Raw”  which sees him teaming with Heltah Skeltah’s Rockness Monsta, P-Dirt, and DJ Jason D. The track produced by DEAD PERRY is a cinematic affair with its scenic and rock guitars layered over punchy drum grooves. The result is a lyric-dense piece bolstered by Rock’s gruff and unique gruff vocals, Casual’s laidback and authoritative flow, and some solid scratches from DJ Jason D. P-Dirt come through on the chorus section to tie it all together.

This track is taken from the forthcoming digital and limited CD release from Below System Records (with vinyl version courtesy of Tuff Kong Records) entitled The Art Of Reanimation. Dropping on January 28th the project is an eighteen-track deep affair that both remixes tracks from his Casual’s Big Head Science LP from 2020 and includes four new tracks. Production is primarily handled by DEAD PERRY who tends to create darker and more claustrophobic soundscapes that you don’t usually hear Casual flow on. However, PERRY also enlists long-time ally L Nasty to tackle a handful of tracks bringing the listener up for some air.