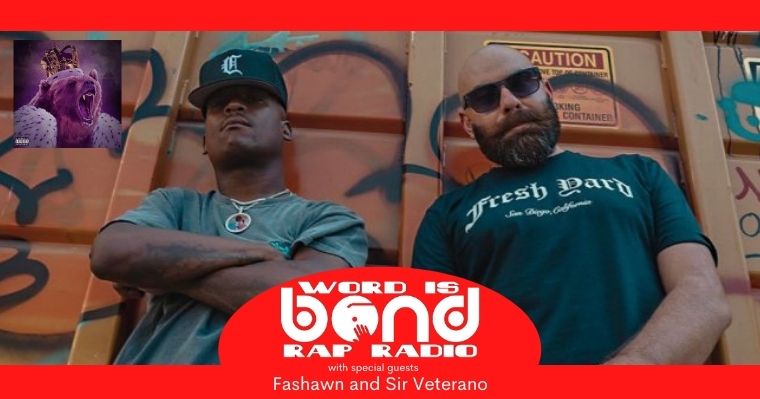 Fashawn and Sir Veterano are the special guests for this week’s edition of Word is Bond Rap Radio.

Fashawn was in the Freshman class of 2010 on the cover of XXL Magazine. He has been putting in a lot of work since then and even before that. We talk about all that and more, plus play lots of his great music!

Downloads are available to Patreon supporters. For as little as $1 a month, you get the the weekly downloads and streaming links days before anyone else. And if you support at a higher tier, you get more benefits, including shout-outs, personalized mixes, and more.