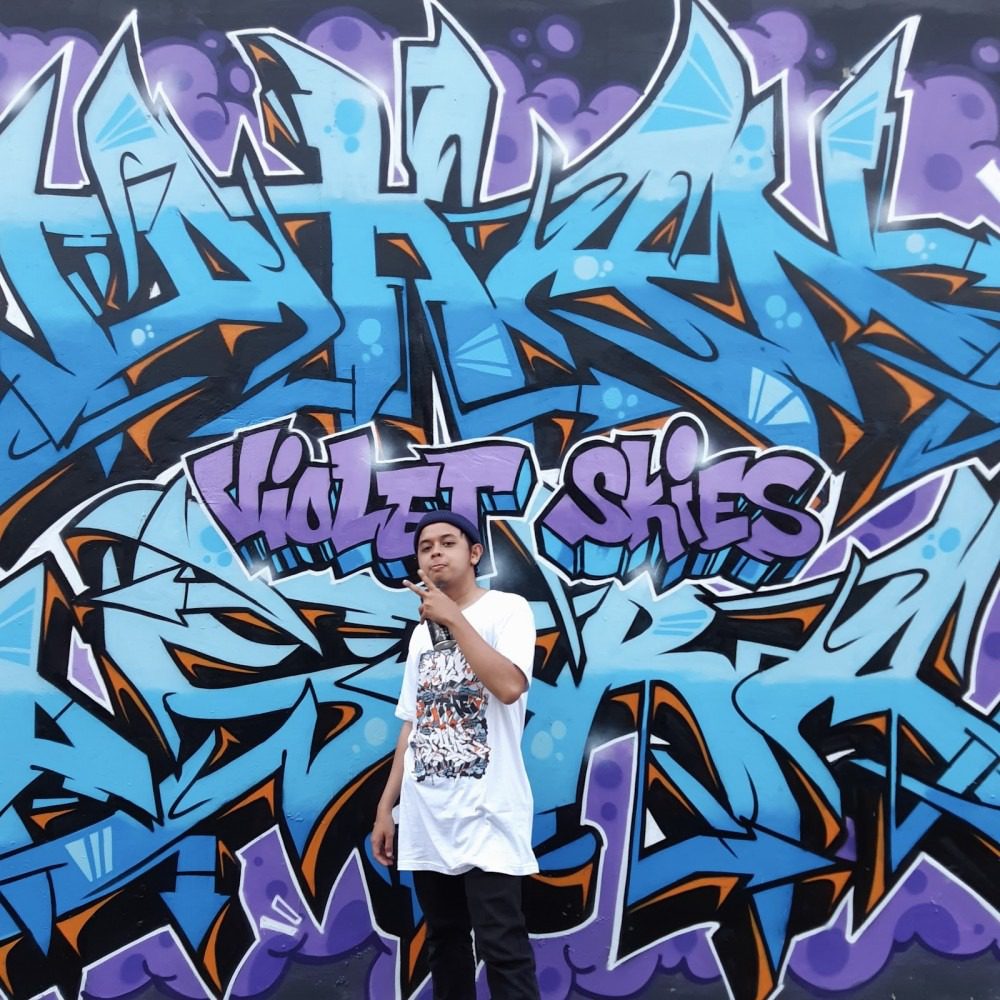 East Coast emcee Jahan Nostra shares the visuals for his song “Picture Frames (Jakarta Mix)” which sees him working with Indonesian graffiti artist MeaS7. The track features Chicago Emcee Curt Cohiba and R&B Singer/Producer Symphony Swingg who all add their distinct voices to the heartfelt record. The production is done by Symphony Swingg who crafts a smooth somber but punchy backdrop that listeners can rock with.

The visuals follow MeaS7 in his hometown of Jakarta where he is seen beautifully crafting a custom mural that would be featured on Nostra’s upcoming Violet Skies album. The mural also pays homage to the “Wildstyle” graffiti era from the early years of the hip hop culture in The Bronx and symbolizes how strong the Hip Hop connection is in Asia.

The video promotes Black-Asian unity and highlights the work of MeaS7, who has been perfecting his craft since 2005 and has made timeless art for various bands and artists around the world. The connection between Jahan Nostra and MeaS7 was an instant one as their backgrounds are nearly similar, with the differences being the years they both started their crafts, and the countries they live in.

Jahan Nostra’s Violet Skies is set to be released as the first volume in a 3 part EP series in the coming weeks.