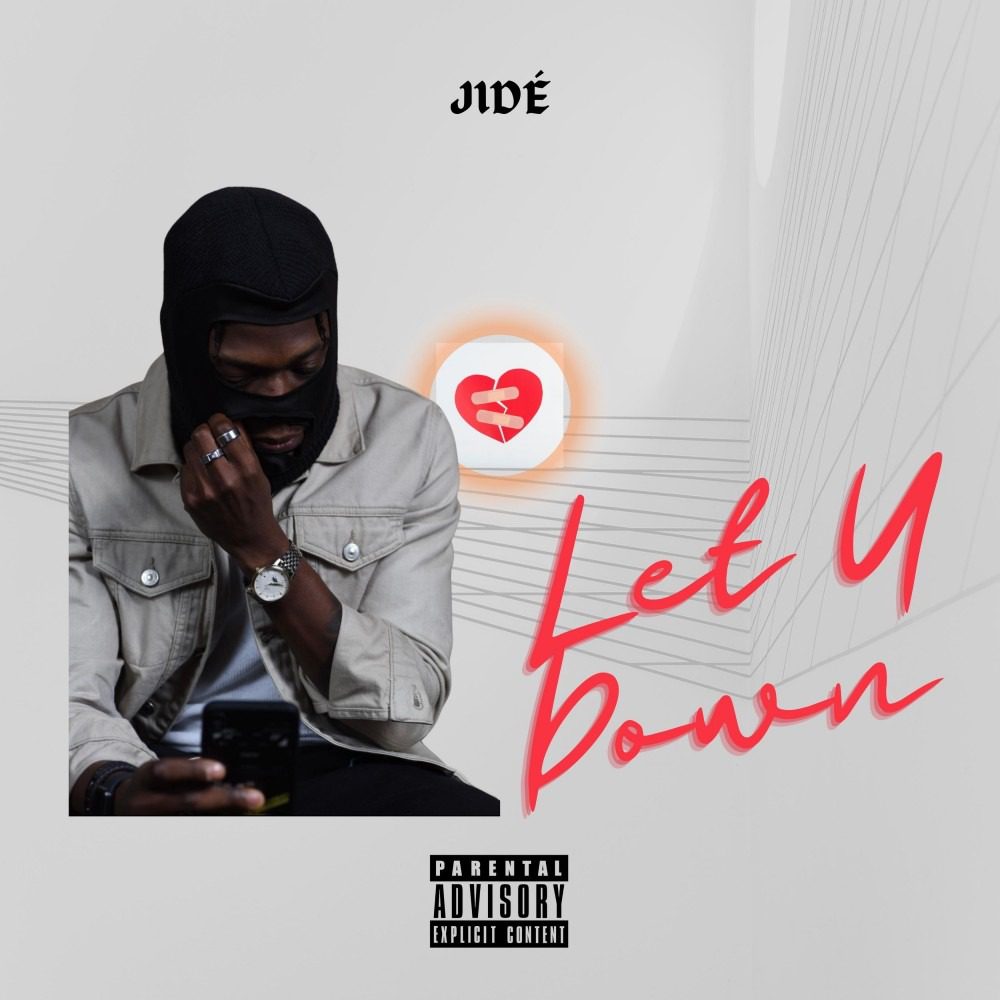 Nigerian/American singer/songwriter Jidé shares the visualizer for his new single “Let U Down.” A mellow moody track that showcases his knack for crafting catchy melodic phrases with heartfelt lyrics. The production used here is ethereal and somewhat melancholic and it fits Jidé’s laidback style to the fullest.

Born and raised in Lagos Nigeria, Jidé (pronounced Gee-day) quickly developed a passion for music at a young age recording early outtakes into his mother’s stereo player often dubbing over her favorite cassette tapes. This early musical background manifested in his adolescent years as Jidé got into producing instrumentals for local acts in the Houston area. This eventually led up him tapping into his own gifts as a singer/rapper as he began releasing music independently on SoundCloud and Spotify in 2018. Since then Jide has gained over 500,000 streams across streaming services to date and released his first project self titled “WHOISJIDE”

Get “Let U Down” on Apple Music, Spotify, SoundCloud