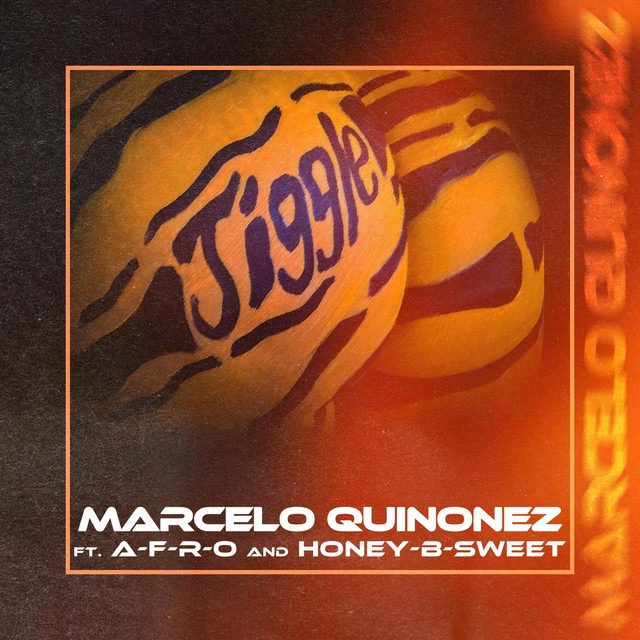 Canadian-American musician, songwriter, and producer Marcelo Quinonez teams up with super lyricist  A-F-R-O and Honey-B-Sweet for this upbeat jam “Jiggle.” The upbeat cut has the aesthetic of a mid-tempo club banger and pays homage to classic booty songs like Sir-Mix-A-Lot, Wrecks, and Effects, and many other great booty song makers. The sparse drums are layered with heavy 808 kicks which lays the perfect foundation for A-F-R-O and Honey-B-Sweet’s vivid lyrics that cleverly pay homage to the gluteus Maximus.

Marcelo Quinonez is a Canadian-American musician, songwriter and producer. A diverse and multifaceted artist that loves bending genres and experimenting with styles. He started writing music at the age of 16 and has since written over 300 songs, released 6 albums, and numerous singles. Leading to an extensive music library, over 80+ sync placements in tv and film, as well as several original feature score compositions and several Best Original Score awards. His first band, Cuchata, found great success in the Latin Alternative music genre, blending a variety of styles and sounds influenced by his Nicaraguan heritage and his passion for musical knowledge and culture. From there he launched his own music publishing company and started a solo career to delve deeper into his passion for writing unique genre splicing and stylized songs. Marcelo also enjoys collaborating and producing for other artists and has written and produced several songs for Victoria Justice and just finished writing music for a children’s tv series and album by Baby Einstein. Currently Marcelo is releasing a series of singles that highlight his unique twist on the concept of music classification. Using his own distinct deep, gravely, and smoky vocals he weaves a web from indie rock to reggaeton and afrobeats to alt-pop, featuring a variety of artists from country crooners to mc’s. These days Marcelo is grateful for the opportunity to devote all his time and energy to his creative passions, and sharing his art with his fans and the world.

Get “Jiggle” on SoundCloud.