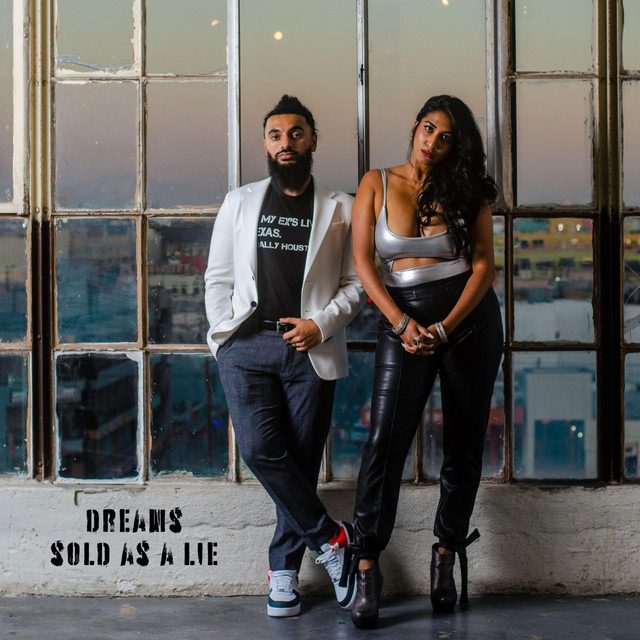 “Dreams sold as a lie” is the newest collaborative single from rapper/DJ O Fresh and singer Shefali who deliver a solid blend of hip-hop and R&B. Over the somber, piano-laden backdrop, O Fresh delivers an honest and reflective take on a past relationship and admits all the flaws and mistakes. Shefali comes through on the chorus section with her sultry and melodic performance.

O Fresh is a hip-hop artist from Houston, Texas. Raised in a Pakistani family, O Fresh embraces his diverse background to manifest a unique identity within Hip-Hop and R&B. He started off performing at slam poetry and open mic events throughout the city of Houston in high school. He became a DJ while attending the University of Texas at Austin and empowers his music with his background as a DJ, a lyrical MC, and a singer. He dropped his song with Slim Thug called “We Up To Something” and from there, things started connecting. His song “The Champ Is Here” which has amassed over 2,000,000 streams started getting licensed to commercials and TV shows. “Leap of Faith”, his first EDM song, was licensed for a commercial in 2021. Finally, “Hype” and “WWW” were licensed to be on the NBA 2K soundtrack. With this recent success and releases, O Fresh is kicking off a small tour with is first stops in Houston and LA in February 2022.

Get “dreams sold as a lie” on Spotify, Apple Music.