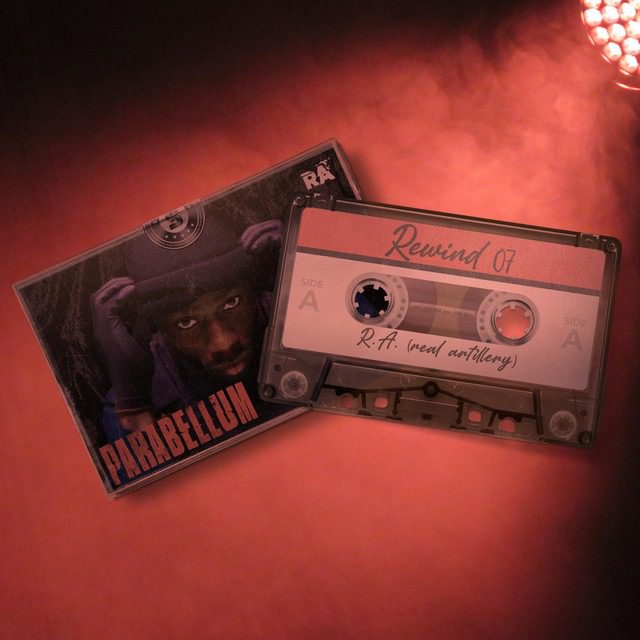 RA aka Real Artillery brings back that classic Grime vibe in his new single entitled “Rewind 07.” The South London rapper proceeds to rip apart a beat ( a homage to Dot Rotten’s “Original Real Talk” production) re-worked by Pulla Productions, and the result is almost 4 minutes of dope, vivid lyricism. The record really displays the rapper’s assertive tone, self-assured presence, and cut-throat bars sit center stage as he poses the question “Why am I the GOAT?”.

The record is accompanied by the  Kamcordings-directed visuals where RA takes us to the roads alongside his friends for a quick survey. The visual is built with quick cut scenes and seamless transition shots that reflect on RA’s journey thus far, “Rewind 07” is enriched with electrifying energy that continues to boast his championed reputation in Black British music.

Further solidifying not only his ability to re-invent himself, but RA also authenticates his longevity as he returns for his forthcoming EP named, Parabellum.