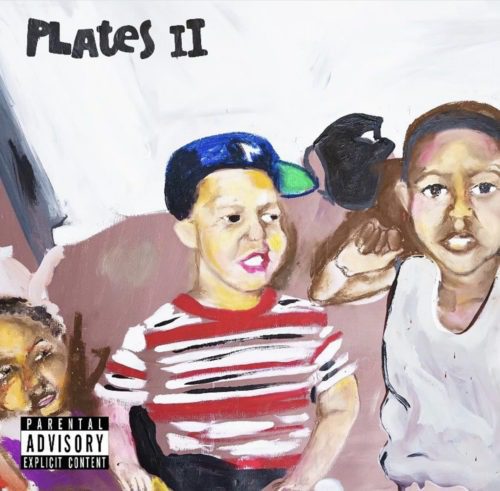 Rick Hyde is a 31 year old emcee/producer from Buffalo, New York notable for being a flagship artist on Benny the Butcher’s very own E1 Music imprint Black Soprano Family Records. His debut album Plates that came out at the very beginning of 2019 was pretty solid & after a couple years of teasing a sequel, we’re finally getting it in the form of Ricky’s sophomore album & he’s pulling out all the big guns for it.

The intro with Tearz finds the 2 jumping on top of some keys & faint strings talking about being another product of the 80s whereas the Westside Gunn-assisted “Nova” speaks on their youngest shooters ‘til it’s all said & done backed by a smooth Daringer instrumental. Benny the Butcher & G Herbo tag along to tell motherfuckers to show their actions on the soulful trap banger “Alone” but after the “Booney on the Phone” interlude, the song “Hustler’s Prayer” enlists Heem to say they’re thankful for the paper & the holy vibe of the beat fits well.

Meanwhile on “Glorious Mourning”, we have Ricky jumping on top of a high-pitched vocal loop preparing for a mental funeral just before “Sarah” serves as an alluring 2-minute freestyle. Killa Kyleon comes in for the R&B-tinged “When I Go” produced by Sha Money XL talking about how people are still gonna love them when they’re both gone leading into “Momma Luv”, which is a crooning tribute to his Ma Dukes if you couldn’t tell by the title.

After the “Come Up” interlude, the Jay Worthy/Chase Fetti-assisted “Red Moon Rising” has a dope vocal loop throughout despite having some of the weaker performances on the album but then he & Meyhem Lauren make up for it by talking about making their homies bosses on the Harry Fraud-produced “Enrique” that comes up following the “Blasphemy” interlude.

The song “Skid Row” with Elcamino & T.F. finds the trio dramatically details their lives in the hood while the penultimate track “Slow Eddie” with Grafh & Skyzoo come together for some drug shit accompanied by a somber beat from the late DJ Shay. Then there’s “Black Sinatra”, where Benny & Heem join Rick to operatically compare themselves as such.

The first Plates is a bit better, but that’s not to say this isn’t a worthy follow-up. I think he overdid it on the features however, the production has improved & Ricky delivers a respectable thank you to Shay for help getting him where he is now.