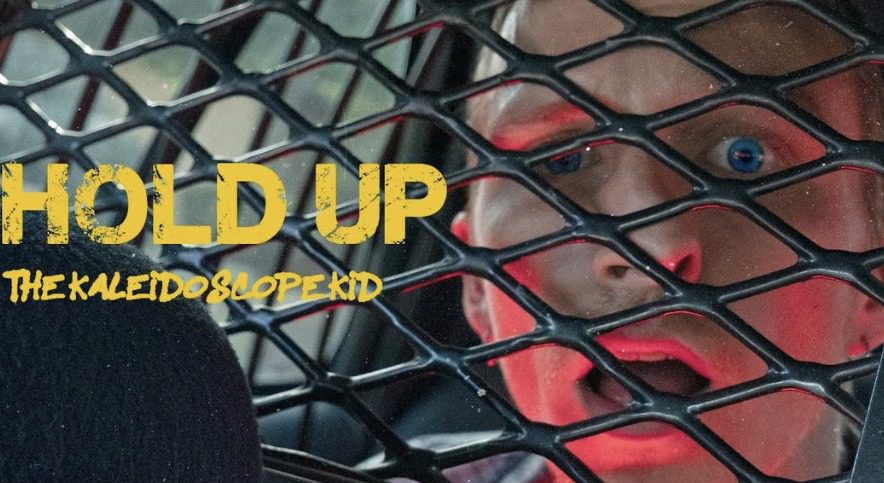 “The Suburban Noize wave from SoCal swept through Arizona & left its mark on me like the graffiti layered walls of Phoenix where I was raised,” said The Kaleidoscope Kid. “The sounds of Suburban Noize echoed through the alleys where I would skateboard & let my imagination run wild. I would have never dreamed that one day I would be signing a record deal with them. I’m so stoked to team up with Suburban Noize/Regime & introduce the world to what we have in store.”

The first release from The Kaleidoscope Kid under Suburban Noize Records is the stand-out single, “Hold Up,” an introductory look at the genre-blending artistry the musician is pumping into the label’s veins. The song shows The Kaleidoscope Kid kicking down musical barriers with his edgy vocals and idiosyncratic flows. The blues-style electric guitar blended with hip-hop percussion takes listeners on a psychedelic trip, reminiscent of The Kaleidoscope Kid’s own journey that traversed living in a cabin in the woods away from civilization for years to battling an autoimmune disease that almost cost him his life.

The music video premiering alongside the single has a Breaking Bad sort of storyline, with the singer wrestling with a bad trip and burying himself — or his former self — in a shallow desert grave. Although not intentional, the rebirth it symbolizes seems fitting, as the label and artist hope to create new sounds and grow together through this venture. This new signee is an exciting moment for Suburban Noize/SRH & a first step for the upcoming talent that is The Kaleidoscope Kid. Ultimately both entities know the best is yet to come.

The Kaleidoscope Kid is a Phoenix, Arizona native that grew up on skateboarding, visual art & outdoor escapism. The diversity of his activities & surroundings translated into a varied love for music, bringing about a sonic landscape in his work that echoes his passions and interests.

Although a true newcomer to the music scene, Kaleidoscope’s discography leaps & bounds between spaces, leaning on his charisma to bring the listener along for the ride. A fan of an extensive catalog of inspirations that span from Beck, Pink Floyd to blink-182 — his work is a reflection of intentionality & passion for the craft. Taking pieces of his life & translating them into his sound has helped Kaleidoscope create an ethereal world that’s equal parts relatable & entrancing.