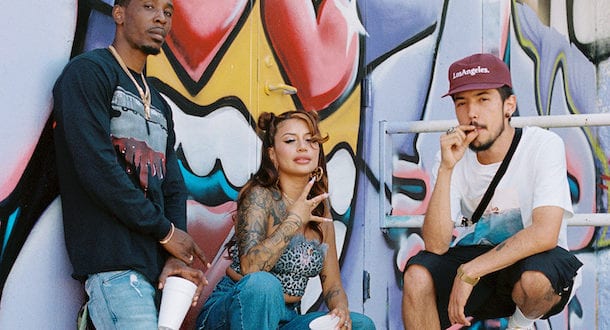 Fresh visual waves on deck for Summer 21′, produced by NugLife, alongside the L.A. / Baldwin Park staple, Vel the Wonder & Brooklyn, New York’s very own, Rome Streetz. The wordsmiths come together for this gritty  West Coast / East Coast collab over an ominous NugLife produced instrumental. A monumental figure in the L.A. hip hop scene from her younger years up until now, Vel the Wonder has separated herself from the pack in her steady climb to the top as an independent artist & songwriter on the hustle. As a past graffiti head & connoisseur of the art-form, we aimed to captured that visually, allowing Vel to leave her mark lyrically. Climbing the ranks with ease, Rome Streetz brings us into his world & the mentality of a NY hustler through rap bars filled with audio narcotics. A descendant of the Griselda crew & Dj Muggs / Soul assassin family, is safe to say that Rome Streetz has his foot on most rappers necks this 2021 season, both lyrically & in work ethic. It’s safe to say that this is a collab for the hip hop history books, adding a cherry on top of “The Beat Dispensary 2” project roll out.