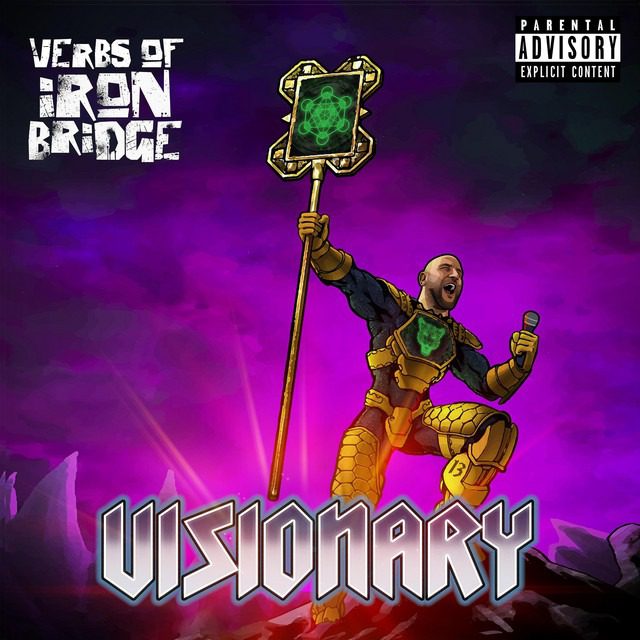 Essex UK duo Verbs of Iron Bridge team up with producer/artist Apocraphe , Clover Ray, and Jabba tha Kut for this smooth collaboration titled “Root.” The record is a blend of mellow sounds, solid hip-hop drum grooves, and insightful lyrics from the emcees involved.

It takes listeners deep into the heart and minds of the human journey through this thing called life.

Hailing originally from Essex, UK just outside of East London and now residing in Thailand, Craig Verbs is one half of UK underground hip hop duo Iron Bridge and vocal sparring partner to the phenomenally talented and lightning-fast Jibbarish. As well as being a member of UK super group Concrete Slugz (Wisdom, Tekneek, Ity, Mr. G, Jibbarish and Verbs) and the recently formed Shadow People with a long time friend and ally Apocraphe.

The first foray being Verbs of Iron Bridge’s epic new solo album ‘Visonary’. After an extended hiatus from releasing music Iron Bridge returned in 2019 with the album ‘Return of the Psychonauts’ (available on Spotify) life got in the way as Verbs relocated back to South East Asia, followed by the Covid pandemic the album was never really promoted properly but did serve its purpose in reigniting the spark and passion for making music in both Jibba and Verbs. Now fast forward to 2021 and Verbs is back with a vengeance with his first officially released solo album ‘Visionary‘ and a new Iron Bridge project in the pipeline to be released later this year. It is with all sincerity that we say that this unique album is his best work to date and has the potential to touch a lot of different types of people and go on to reach new heights for him as a solo artist and for Iron Bridge as a group.

Get “Root” on Bandcamp.

Keep up with Verbs of Iron Bridge | Spotify: Instagram