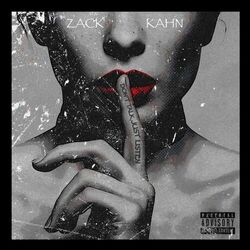 Zack Kahn goes full throttle in his new single “Look at Me” which sees him flexing his verbal muscle and his successes over a smooth piano-laden backdrop. The track is a feel-good joint with a memorable hook and an impassioned performance from Kahn.

“Look at Me” is the fourth song on his recent album, “Don’t Talk, Just Listen.

Get “Look at Me” on Spotify, Apple Music, YouTube, Deezer, SoundCloud

Zack is also the founder of the North Jersey Hip-Hop group, The Ave (Avenue, hence the name ZackOnTheAve) and performed, hosted rap shows and events under the business name. However, since recently become sober, Zack has been focusing on growing himself as a solo artist, especially with his new album that was inspired and motivated by his road leading up to and through sobriety. Since recently taking his music to a whole new level, Zack hopes to be able to help anyone who may be struggling with any kind of addiction or rock bottom through his new music.