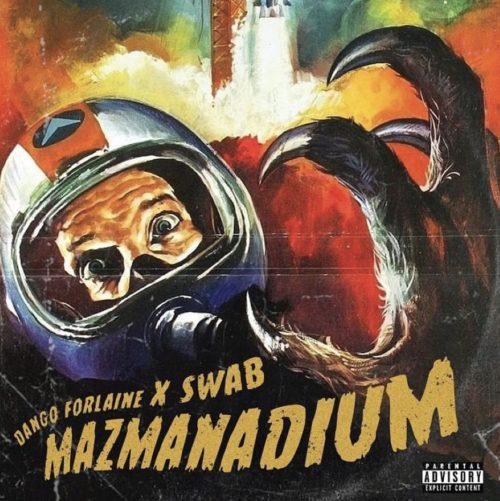 Dango Forlaine is a 26 year old MC from Detroit, Michigan who got his start in the summer of 2018 off his debut EP 95. He has since released 9 more EPs & a full-length debut but coming fresh off his stellar verse on Ty Farris’ latest magnum opus No Cosign Just Cocaine 4 a couple months back, he’s kicking off the new year by dropping his 10th EP & is bringing DJ Swab along to produce the entire thing.

The title track is a jazzy boom bap opener spitting that divine real whereas “The Ambassador” gets on some grimy hardcore shit. Ronnie Alpha tags along for the symphonic “Get It Up” talking about how they can’t slow down leading into the dramatic “25 Jefferson”, where A-Minus & Nappi Dev come into the picture to compare themselves to hustlers.

Meanwhile on “Blood Claat Ting”, we have Falcon Outlaw joining Dango on top of a guitar & some popping drums getting ready to go to war while the song “Night Owls” with Miskeen Haleem works in a crooning vocal sample going at those who think they’re better than them. The penultimate track “Crime of Passion” with John Jigg$ has a bluesy quality to it keeping the battle raps going & “In the Flesh” finishes it off in boom bap turf with a brief yet fiery verse that later transitions into some turntablism.

Now I’ve been following this guy for a little over a year now in thanks to my good friend/Middle Finger Music co-founder Pat Deegan & I definitely think Mazmanadium has to be one of my favorite projects that Dango has made so far. His pen-game’s continuing to sharpen up & DJ Swab’s production is great. However, I feel like the features are a little bit too much.