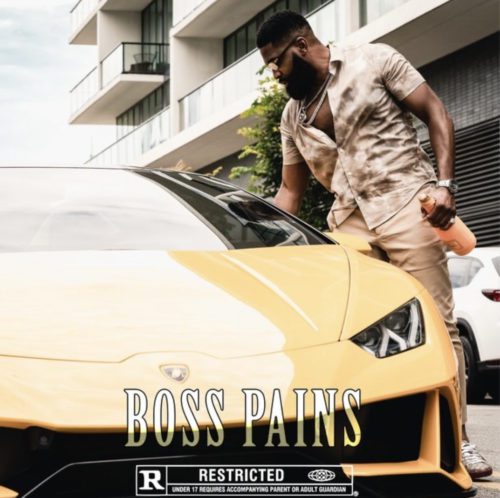 Day Parkay is a 31 year old rapper from Englewood, New Jersey who started out playing for the Lincoln University Lions basketball team in the NCAA during his senior year. He then broke out in the underground a couple summers back by dropping his full-length debut Achieving While Bleeding & celebrated his born day by dropping this sophomore effort of his.

“Things Changed” kicks off the album by symphonically telling his story whereas “She Can’t Get It” with Juelz Santana is a soulful ladies jam. Vado tags along for “Due Time” to lavishly talk about running it up sooner than later, but then Cory Gunz tags along for “Gunz & Buttuh” showcasing a great back & forth chemistry with one another over some strings.

Meanwhile on “Save All My Wishes”, we have Stargiela joining Day in classily talking about keeping the money coming just before “Across the Bridge” drearily speaks on being turned into a soldier. “The Black Man” of course provides some incredible social commentary with the hi-hats sounding off like machine guns leading into “Top Tier” serving as a spacey boom bap banger flexing his lyrical prowess. “Why They Mad?” works in yet another soul sample calling out those who’re bitter towards him whereas the Shan Shizzy-assisted “Ju Burger” angelically talks about spitting that spice whenever they’re on the mic.

Showly pops up for “On My Block”, which is basically a cool rendition of one of my favorite Scarface cuts & “Level Headed” is much more calmer venting what’s on his mind. The song “Jay & B” sadly tells the story of someone he fell in love with in the basement while the penultimate track “Dream Girl” is a decent little R&B-infused tune about the perfect woman. Lastly, “Still Eating” finishes  the album with an emotional piano ballad.

Although Achieving While Bleeding is a solid debut, he’s really stepping his game up on Boss Pains. The production’s better, the features are a bit more consistent & he really continues to take you through as to who he is both artistically & personally.