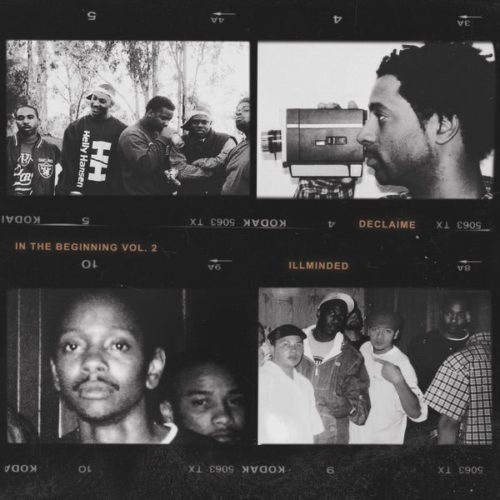 This is the 13th full-length album from Oxnard veteran Declaime. Debuting on “WLIX” off Tha Alkaholiks’ sophomore album Coast II Coast in 1995, it wouldn’t be until 2001 when Dudley Perkins started putting out albums under his own name by dropping Andsoitisaid. But ahead of LMD’s long-awaited debut Flying High next weekend, he’s linking back up with childhood friend/longtime collaborator Madlib for a sequel to last summer’s In the Beginning.

“2MC ornot 2MC?” is an orchestral boom bap opener asking the titular question whereas “Bandwagon” takes a dustier route talking about how there’s more to him on the mic. The demo version of “WLIX” is something fresh for all the hardcore fans who’ve never heard it before & after the “Sensei Sound” interlude, “WunTwo” returns to the boom bap so he can flex his pen-game.

Meanwhile on “As I Get Wild”, we have Declaime taking a rawer route challenging anyone to step up to him lyrically just before “Temporary Rhyme Speech” comes through with a low-fi Crate Diggas Palace posse cut. “Scarce Compliments” weaves some piano embellishments into the fold talking about knowing what he’s grateful for, but then “Enjoy Your Stay” ruggedly calling God’s revelation his only source of inspiration. And prior to the outro, Wildchild tags along for the hypnotic closer “Signs” talking about how it’s all in the mind.

Although I prefer the predecessor a tad bit more, I’d still say that this whole In the Beginning series is very intriguing & are must-listens for any hardcore fan. Hearing the vintage production & cutthroat lyricism presented throughout even in 2022 continues to show how far both Declaime & Madlib have come in the last 3 decades or so. Could we get a 3rd installment next summer? Only time will tell.