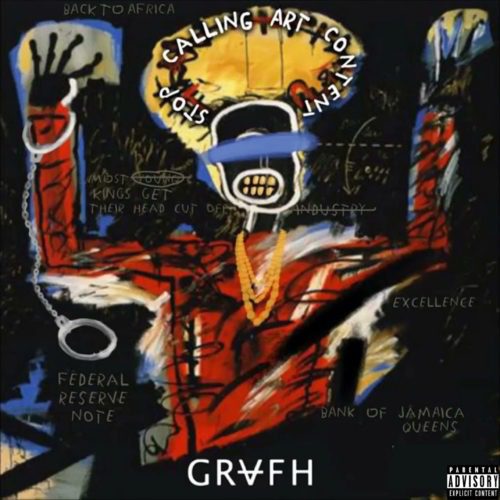 Grafh is a 39 year old MC from Queens, New York who came up in 2003 off his debut mixtape The Bang Out. However, he went on to release 7 more tapes before dropping his first full-length album Autografh only a few years later. But with a total of 18 mixtapes & an EP under his belt now, Grafh has signed to Benny the Butcher’s very own MNRK Music Group imprint Black Soprano Family Records for his official sophomore effort produced entirely by the late DJ Shay.

After the intro, the first song “God Bless” is a rich opener praying that his homies make it out the hood whereas “Very Different” with Benny the Butcher works in some high-pitched saxes to compare & contrast themselves to their opposition. “No Reason” has a more settler boom bap tone talking about being the top chef, but then “Chosen” takes a more occult route comparing himself to that of a prodigy.

Meanwhile on “Out the Pot”, we get some keyboard embellishments & dusty drums to talk about how it’s all in the wrist leading into Heem & Rick Hyde tagging along for the uptempo “Promise” which despite it’s annoying hook has a great message to it about staying true to their words. CyHi the Prynce & 3D Na’Tee come into the picture for the ominous “Slums” detailing their way up to the top just before the soulful “From the Start” with Bun B & Styles P speaks on foreseeing their success.

“Bellini” has a bit of a theatrical tone instrumentally talking about doing it all while the organ-laced “Crystals” spitting that slanger shit. The penultimate track “Valid” with Ransom & Sheek Louch sinisterly talks about everything being well-founded & if you couldn’t tell by the title of “God Must Love Me”, it serves as a heartfelt closer thanking the higher power for where he is today.

I’ve enjoyed a couple of this dude’s tapes every here & there throughout the year, but Stop Calling Art Content really exceeded my expectations coming away from it. Quite possibly his finest hour in my opinion. Even though Shay has been gone for almost a year now, his sound & Grafh’s lyricism bounce off each other so naturally on this album.