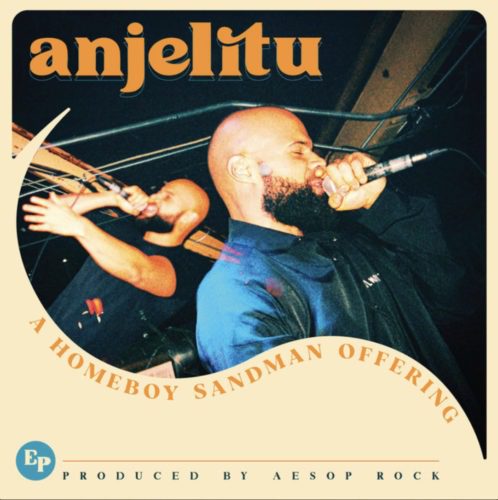 Homeboy Sandman is a 40 year old MC from Queens, New York who came to my attention when he dropped his 4th album albeit his Stones Throw Records debut 1st of a Living Breed almost 9 years ago at this point. The dude would go on to drop 3 more full-lengths & 7 EPs with them before jumping ship to Mello Music Group in 2019. His first album on the label Dusty was alright, but the Quelle Chris-produced Don’t Feed the Monster. that came out last October was much better. But after forming the duo Lice with local wordsmith Aesop Rock & dropping 3 EPs together, we’re actually getting a change of pace as Sandman’s letting Aes produced his 8th EP from front to back.

“Go Hard” is a charismatic opener about being in beast mode with some guitar licks whereas “West Coast” is a g-funk banger with references to “Hail Mary” & “Hand on the Pump”. Meanwhile on “F.Y.I. (For Your Information)”, we go into a bit of a rock direction for Sandman to talk about how he’s still dope after a decade just before continuing to bust into a more speedier flow on “Cow’s Milk” & the beat on here is kin to 70’s exploitation films. The penultimate track “No Beef” is a powerful vegetarianism anthem & the closer “Lice, Lice Baby” works in a piano instrumental possibly preluding Lice 4.

I think Anjelitu has to be my favorite project that Sandman has dropped under MMG so far, although I do enjoy the vulnerability of Don’t Feed the Monster. It’s really interesting to hear him put his own spin on the whole yin/yang concept in Ancient Chinese philosophy & it just goes to show that we don’t talk about Aes’ production skills as much as his massive vocabulary.