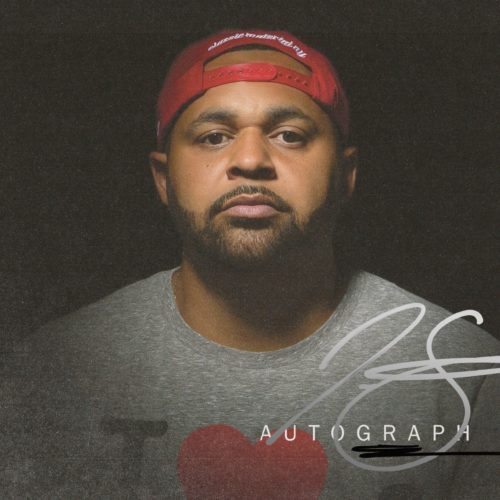 This is the 8th full-length album from Brooklyn veteran Joell Ortiz. Emerging after being featured in the Unsigned Hype column of the March 2004 issue of The Source Magazine, he went on to sign to Aftermath Entertainment for a brief period of time before leaving to drop his official debut The Brick: Bodega Chronicles under MNRK Music Group. I also can’t forget to mention when Slaughterhouse rose to prominence off their self-titled debut, which led Eminem signing the supergroup to Shady Records a decade ago already. But sadly, their major label debut welcome to: OUR HOUSE that came out the next summer would unfortunately end up being their last & everyone has been doing their own thing since. But with the 2-year anniversary of Monday coming & going over the summer, Yaowa is back on the scene in the form of Autograph.

“In My Feelings” is a confessional opener with a mesmerizing Heatmakerz instrumental whereas “Uncle Chris Car” takes a more chipmunk soul route telling listeners to imagine a world full of peace. “Housing Authority” of course finds H.A.R.D. coming together for some battle rap shit even though Hesami’s production is just ok, but then “1 Day” weaves in a heavenly Apollo Brown beat looking back on the days when he wasn’t as big as he is now.

Meanwhile on “Masked Up, we have Joell on top of a minimally tribal beat getting in his shit-talking bay just before the Salaam Remi-produced “Sincerely Yours” serves as a jazzy victory lap. “OG” pays homage to those in the rap game who’ve gotten to be around long enough to be considered as such over a high-pitched vocal loop, but then “Lifeline” has a twangier vibe dedicating the joint to his woman.

“Goin’ Thru It” passionately encourages people to fight through the tears to live your life until CyHi the Prynce tags along for the cutthroat “Holy Ghost” & I love how Namir Blade’s production switches from a simple bass-line into some dusty boom bap shit. The song “Therapeutic” brings in some sweet background vocals comparing music to therapy while the penultimate track “Love is Love” with Sheek Louch finds the 2 talking about still being street over some tense vocal chops. Finally, “Doors Up” ends the album by on a more lighthearted note opening up on the famous life.

For all the Yaowa fans that enjoyed Mondayas much as I did, then you’re gonna dig Autograph just as much if not even more. It fantastically picks up right where the previous album left off in terms of the content being even deeper with the usual suspects behind the boards like The Heatmakerz & Apollo Brown continue to bring the best out of this most vulnerable side of him.