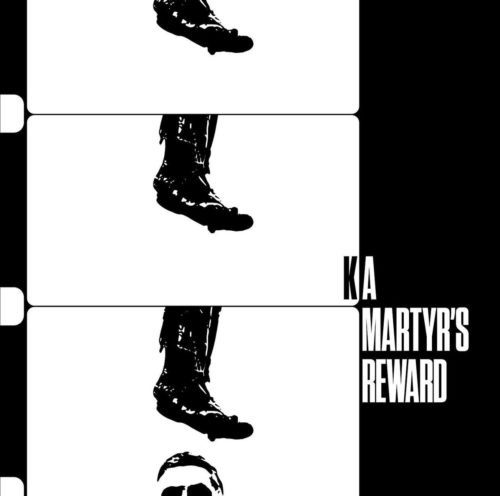 Ka is a 49 year old MC/producer & firefighter from Brooklyn, New York notable for his association with his Metal Clergy cohort Roc Marciano since 2008. He’s gone on to release 5 full-lengths in the last 13 years, my personal favorite of them being Honor Killed the Samurai back in 2016. But with the 1 year anniversary of Descendants of Cain passing by just a few months back, Ka is reemerging out of the dark for his 6th album.

“Everybody Up” is a guitar-driven opener about trying to make it from the bottom whereas “I Need All That” jumps on top of a piano saying he wants back everything they claim. “Peace, Peace, Peace” has a more atmospheric feel instrumentally talking about what he prays for just before reflecting on the hard life that he’s lived for “Sad to Say” & everything about it from the melancholic production to Ka’s passionate delivery makes it one of the most emotional songs he’s ever crafted.

Meanwhile with “P.W.H.”, we get some organ harmonies for Ka to explain how he got everything he needed leading into the frightening “I Notice” talking about going to Hell & back. “Like Me” has a bit of a triumphant feeling to it talking about making someone as resilient as him, but then “We Livin’ / Martyr” is a 2-parter with Navy Blue accompanying him for the entrancing first half about living fast & the other spaciously speaks on suffering no more.

Dr. Yen Lo reunites for the hypnotic “Subtle” addressing a woman lifting his spirits whereas “With All My Heart” mellowly lets you know you’re safe with him if he agrees to say “peace”. The song “Enough Praise / Recovering” starts out eerily talking about ass-kissers, but then goes into an ambient direction spending his whole life recovering. The penultimate track “Be Grateful” is a rock-flavored cut speaking for itself & then “Having Nothin’” lavishly talks about being broke gave him everything.

One of the most refreshing things about Ka is that whenever he puts out a new album, it always has a different concept to it & A Martyr’s Reward is amongst his most personal. This time around, he’s taking listeners through what it was like for him growing up & doing it with such raw emotion.