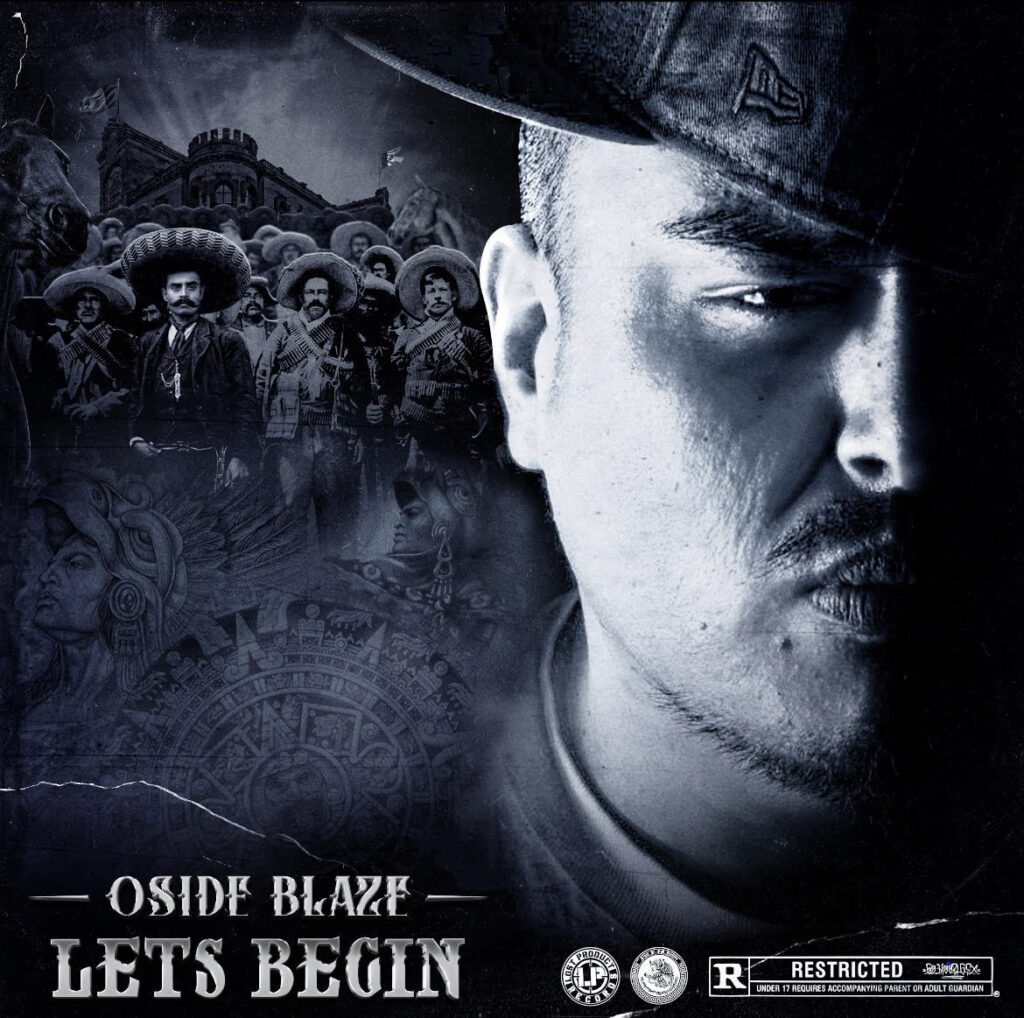 Beginning to take the San Diego/Oceanside underground by storm, veteran Mexican Hip Hop artist/wordsmith Oside Blaze releases his new album titled “Lets Begin“, consisting of 10 explosive tracks that any real Hip Hop will truly appreciate! This is his 3rd solo full-length album so far, its the follow up to his “The WestCoast Mexican” album, which is another banger in my book! From beginning to end, you can hear his versatility, talent and raw representation of what real SoCal Mexican-American Hip Hop should sound like in 2022!

As you get into this project with the intro/album title track “Lets Begin” you quickly realize your in for a treat, a full high octane lyrical barrage with a bunch of hard-hitting punchlines paired up with some of the dopest beats you will hear. We slide into track #2 titled “Old School”, which takes a more vintage sample-based boom bap sound, he displays his raw fundamental lyricism, paying homage the what true “old school” Hip Hop is all about! South Gate, CA based Hip Hop artist Presice85 & Hoodlum 02 jump on track #3 “The Lazarus Effect”, a solid soulful/Mexican flavor song, Presice85 is on fire on this one, clearly showing that working together, they’re all on a whole different level!

Lets get into track #6 “One point” featuring Young Crow. I believe this track is probably the most lack-luster feature on the album, I did enjoy the boom bap beat and Oside Blaze’s verses, but Young Crow sounds just a bit premature on this, especially knowing the level that Oside Blaze is on. The song “No Secret” is a must listen for all real Hip Hop heads, featuring Seldom Seen, its a dope flip on Canibus legendary track “Watch Who U Beef Wit”. “Poppin” produced by L.P, closes out the album with a high level trap/boom bap anthem.

I’ve enjoyed just about every track on this album, “The Lazarus Effect” stands as one of my favorite tracks on this project and his whole discography. I think the production is on point from beginning to end, and comes to find out, it’s self-produced as well, so it makes sense why this album has such a solid underground foundation. Oside Blaze bleeds confidence on this new album, leaving zero room for questions regarding his current level and status in SoCal underground Hip Hop. Make sure to follow him on Instagram @therealosideblaze.